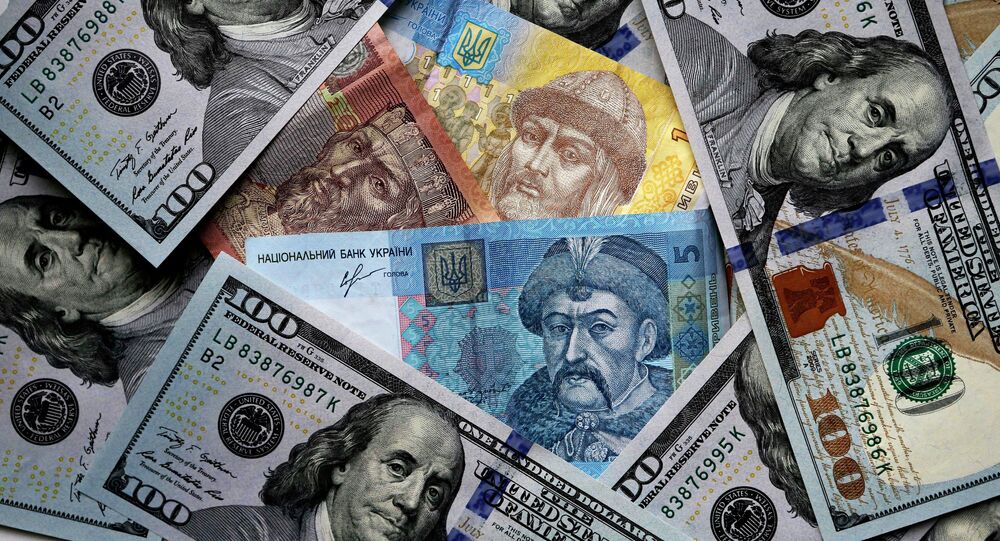 Russian Prime Minister Dmitry Medvedev on Monday ordered his vice ministers to start preparing legal documents to sue Ukraine over the $3-billion loan Kiev has failed to repay to Moscow.

GORKI (Sputnik) – The repayment of the sum in Eurobonds was due by December 20. According to Medvedev, the debt can be repaid without incurring an additional penalty within ten days of the payment deadline. However, the prime minister said that Kiev does not seem to intend to repay the sum within this period.

“In 10 days time, a default in the legal sense will come into force. In this case, we need to use protective measures, as discussed at the meeting with President [Vladimir Putin] recently, to secure the return of the debt,” Medvedev said.

Medvedev addressed a request to the Russian vice ministers to “prepare all the necessary decisions to apply to the jurisdictional body, which was chosen on the basis of our agreement with Ukraine, to solve the dispute.”

© REUTERS / Valentyn Ogirenko
Default! Ukraine Refuses to Pay $3Bln Russian Debt
According to the prime minister, there was no doubt that Kiev would repay its debt to Moscow.

Ukrainian Prime Minister Arseniy Yatsenyuk said on Friday that the government had introduced a moratorium on the payment of Ukraine's $3-billion loan to Russia and was ready to go to the court over the issue.