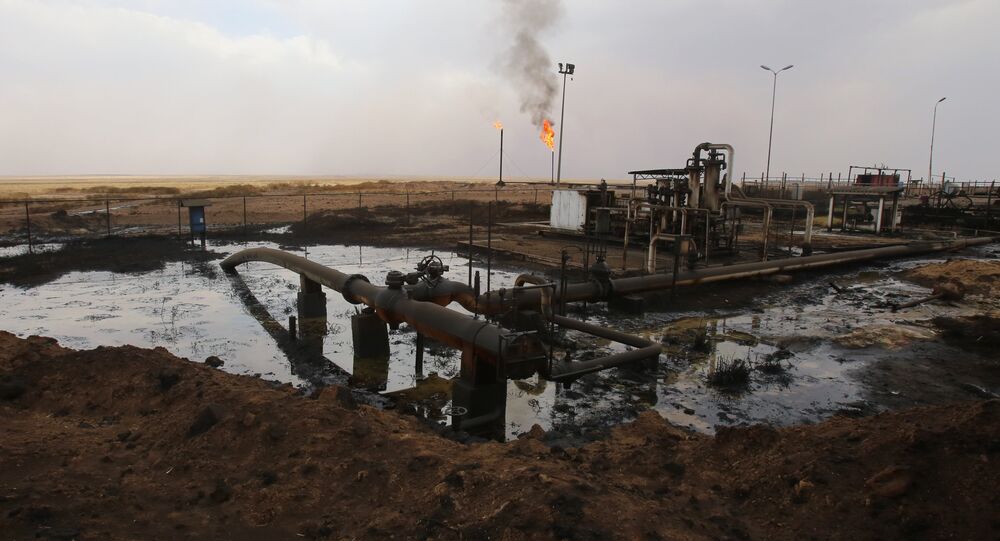 The terrorist group gets 46 percent of its revenue from oil sales and 50 percent from looting.

© AFP 2021 / JACQUES DEMARTHON
German Media: Is Erdogan's Son ‘the Oil Minister of Daesh’?
MOSCOW (Sputnik) – The Islamic State, known as Daesh in the Arab world and prohibited in Russia, the United States and other countries, will be bringing in approximately $80 million per month by the end of 2015, IHS, Inc. research center revealed Monday.

The researcher noted that the Islamic State makes approximately 50 percent of this revenue from taxes and confiscation in territories it occupies, and another 43 percent from oil sales.

"One of the Islamic State's main sources of income comes from taxation on economic activity and basic services, including electricity, mobile phone networks, internet access, retail, industry and agriculture, within territory it controls," said Ludovico Carlino, senior analyst at IHS and also on the IHS Conflict Monitor team.

Carlino explained that airstrikes by the US-led international coalition targeted primarily oilfields and refining capacity of the terror group, disrupting financial flows from the oil industry. Tax revenues are much harder to destroy, he observed, without inflicting massive damage on the civilian population.

IHS Conflict Monitor said it had information that Islamic State was struggling to balance its budget, cutting salaries of its fighters and increasing prices for basic services, such as electricity, in the controlled territories.