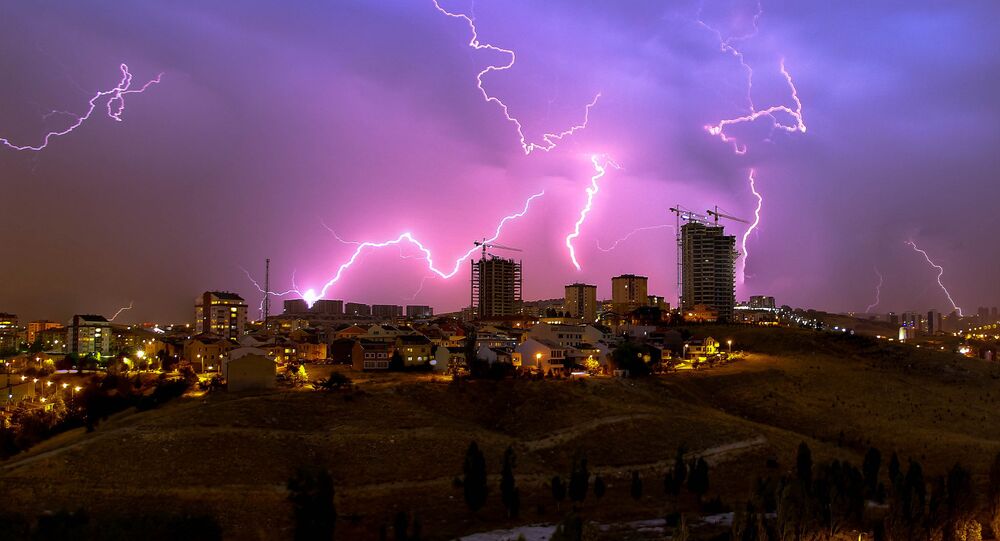 “Russia has always been an important partner for us and we don’t want any conflicts with it. From the first days we developed measures in the fight against a crisis and all of the industries are prepared. In the worst case scenario in the development of the crisis with Russia, Turkey may lose around $9 billion,” Simsek said in an interview with Turkey’s NTV television.

© AP Photo / Vadim Ghirda
Turkish Businessmen 'Afraid of Erdogan’s Ambitions'
According to Simsek, export of Turkish goods to Russia has reduced by 30-40 percent this year. The number of Russian tourists to Turkey and construction contracts with Russian companies have also significantly reduced.

Russian-Turkish relations deteriorated following the downing of a Russian Su-24 attack aircraft by a Turkish F-16 fighter in Syria on November 24.

In response to this "stab in the back," as it was described by Russian President Vladimir Putin, Moscow imposed a number of restrictive measures on Turkey, including import restrictions, a ban on Turkish organizations' activities in Russia and an embargo on hiring Turkish citizens in Russia. All of the measures are due to take effect from January 1, 2016.

Additional Economic Measures Against Turkey May Be Implemented