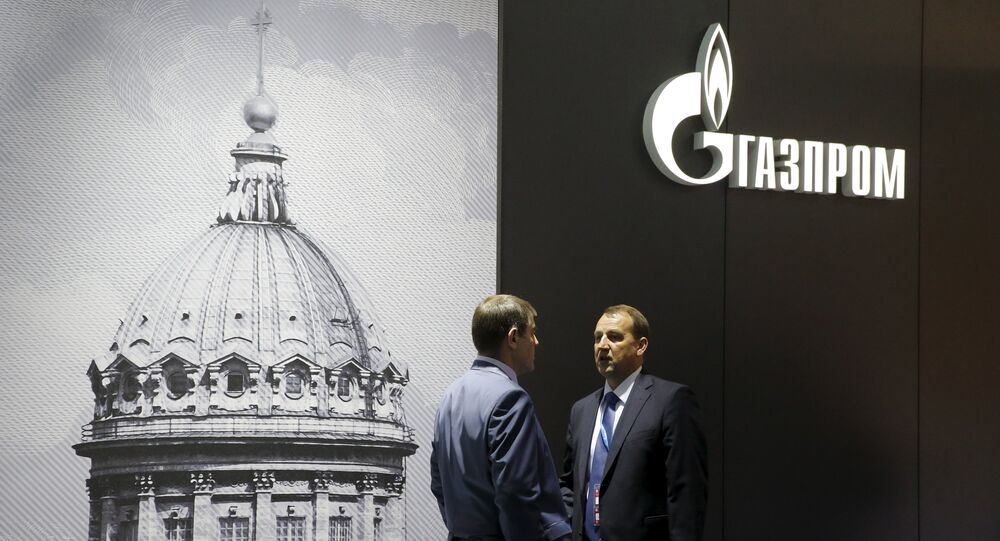 The company added that during a working visit to France on Wednesday, Gazprom CEO Alexey Miller met with Jean-Pierre Jouyet, who is French President Francois Hollande's chief of staff, and French Minister of the Economy, Industry and the Digital Sector Emmanuel Macron.

© AP Photo / Dario Lopez-Mills
Russia’s LUKoil, Gazprom, Rosneft Interested in Energy Projects in Mexico
The participants of the meeting noted that Gazprom has been a reliable supplier of natural gas to France for 40 years, successfully developing cooperation with France's Engie, one of the largest energy companies in Europe.

Besides, Miller met Engie Deputy CEO and Chief Operating Officer Isabelle Kocher. At the meeting the sides reviewed the implementation of the Nord Stream-2 project.

In September, Gazprom signed a shareholder agreement on the extension of the pipeline with the international energy companies BASF, E.ON, Engie, OMV and Shell.