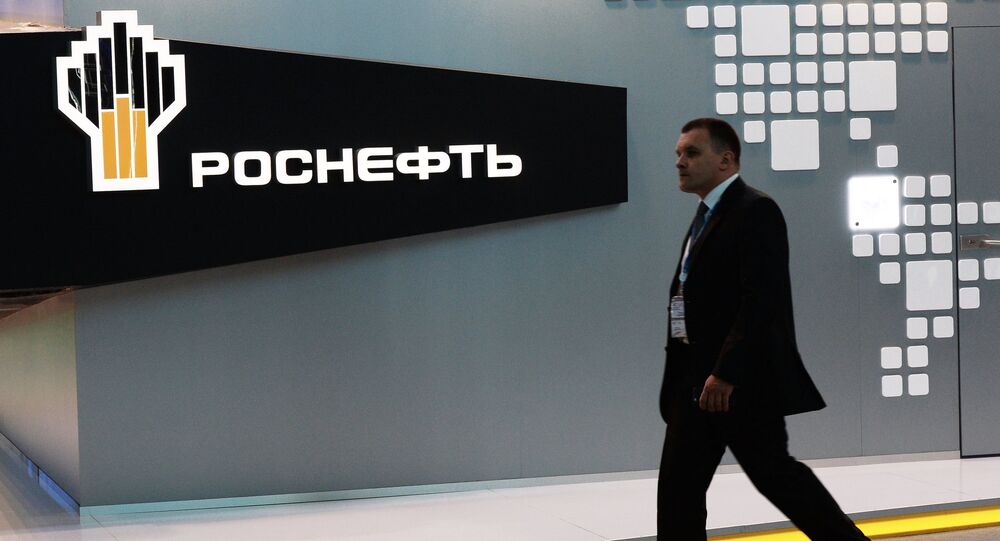 Rosneft and Total completed the deal on the refinery Raffinerie GmbH in Schwedt, Germany, according to the statement of Rosneft.

“Together with the ongoing reorganisation of Ruhr Oel GmbH (ROG), the purchase of the 16.7 percent effective stake in Raffinerie GmbH will allow Rosneft to consolidate its positions in the Berlin/Brandenburg region and to generate additional synergy for the company through direct oil deliveries via the Druzhba (Friendship) pipeline,” the press release notes.

© AP Photo / Mikhail Metzel, File
Rosneft, Sinopec to Sign East Siberia Oil Deal
The transaction is an integral part of Rosneft strategy to expand the company’s presence in this key European market and to manufacture more value-added goods, the press release goes on to say. The deal was closed after the implementation of a purchase contract, signed by both companies this past June during the St. Petersburg International Economic Forum (SPIEF).

In May 2011, Rosneft bought a 50 percent stake in Germany’s ROG that owns stakes in four national refineries (Gelsenkirchen, 100 percent; Bayernoil, 25 percent; MiRO, 24 percent and Raffinerie GmbH, 37.5 percent), as well as stakes in five supply oil-pipelines and several oil-tanker terminals in the North, Baltic, Mediterranean and Adriatic seas. BP Europa SE is a Rosneft partner in the ROG joint venture on a parity basis. ROG leads the way in terms of German oil-refining volume (21 million tonnes in 2014).