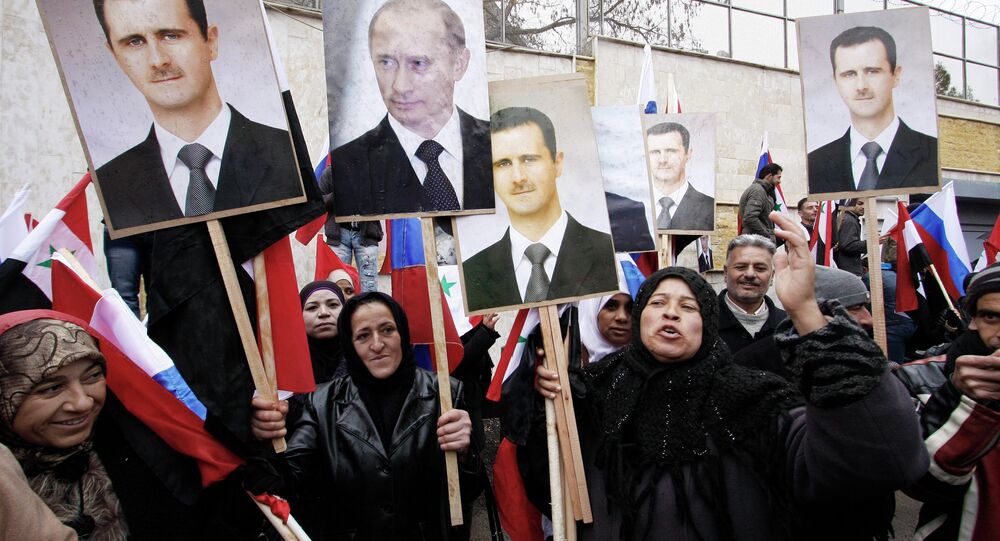 Russian Business Ready to Invest in Syria After Terrorism Ends

© Sputnik / Andrey Stenin
Over 1 Million Syrians Returned Home Since Beginning of Russian Campaign
MOSCOW (Sputnik) — Russian business is ready to engage in a Syrian economic recovery after the country's territory is freed from terrorists by the Syrian Army, the Russian deputy prime minister said Thursday.

"We are waiting when the Syrian Army with support of our aircraft moves forward so far to free and secure regions for economic activity that Russian business could come there. In principle, they are ready," Dmitry Rogozin told Rossiya-24 television channel.

According to Rogozin, the Russian government and ministries officials have worked out several Syrian economic recovery projects.

Syria's economy has been effectively destroyed in the four-year civil war beginning in 2011. In the ongoing civil war, the country’s government is fighting a number of armed opposition factions and extremist groups, including the Islamic State. According to the International Monetary Fund (IMF,) the Syrian economy is now about half of what it used to be in 2010.

Rogozin expressed confidence that the terrorist threat in Syria would soon be neutralized, adding that the country's economy would recover quickly afterward.

"Russia in this respect is the key partner of Syria," Rogozin stressed.

Rogozin added that he would travel to Syria in the upcoming weeks or months to discuss bilateral economic issues at a Russian-Syrian intergovernmental commission session.

In July, Gissa Guchetl, executive director of the Russian Union of Gas and Oil Industrialists, said that Russian oil and gas companies could revive contracts worth some $1.6 billion with Syria.