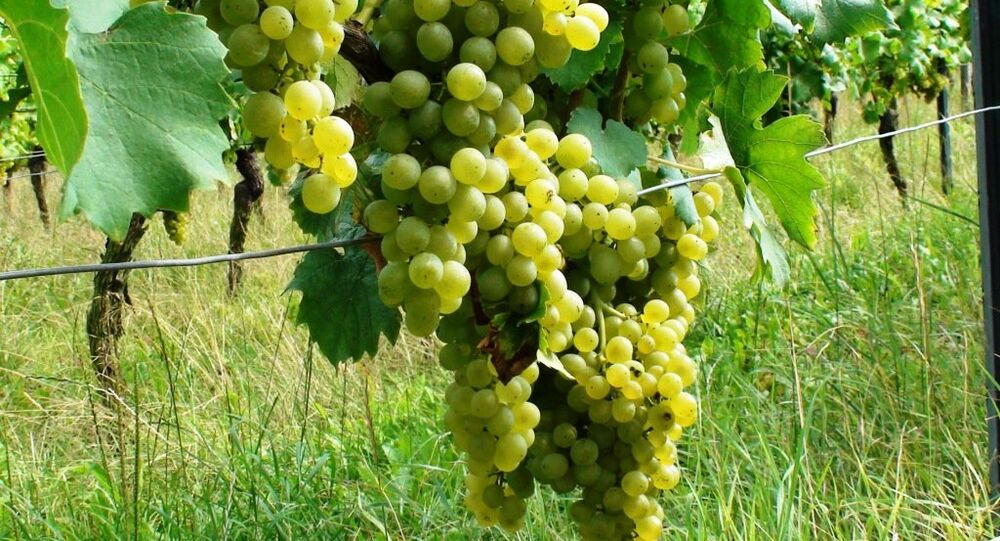 The ministers of agriculture of South Africa and Russia have discussed in Moscow the possibility of sharing their experience in winery, South Africa’s Minister of Agriculture, Forestry and Fisheries told Sputnik on Friday.

MOSCOW, Daria Chernyshova (Sputnik) — Zokwana said that the essence of BRICS was to exchange information and facilitate the process of South African wine producers sharing their experience with their Russian counterparts.

Asked whether Russia and South Africa have initiatives in the sphere, Senzeni Zokwana said, "Not yet. But it was raised in the meeting with the minister that we need to exchange information in that area."

© Sputnik / Taras Litvinenko
French Investors Express Interest in Crimea Vineyards
On Friday, the agriculture ministers of the BRICS group met in Moscow to discuss the expansion of mutual trade, investment and exchange of agricultural technologies and innovations.

BRICS is an economic union of Brazil, Russia, India, China and South Africa, accounting for an estimated 40 percent of the global population.

“As members of the BRICS, we need to improve our relations in terms of trade and sharing information,” Senzeni Zokwana said. “In the area of information sharing, we need to exchange information on new diseases, cultivations.”

Russian Minister of Agriculture Alexander Tkachev said earlier in the day that Moscow supported agricultural information sharing as it would encourage BRICS “to improve the quality of forecasting and efficiency of responding to a changing situation on the agricultural market.”

During the 5th Meeting of the BRICS Ministers of Agriculture and Agrarian Development, the sides discussed expanding mutual trade, investment and exchange of agricultural technologies and innovations.