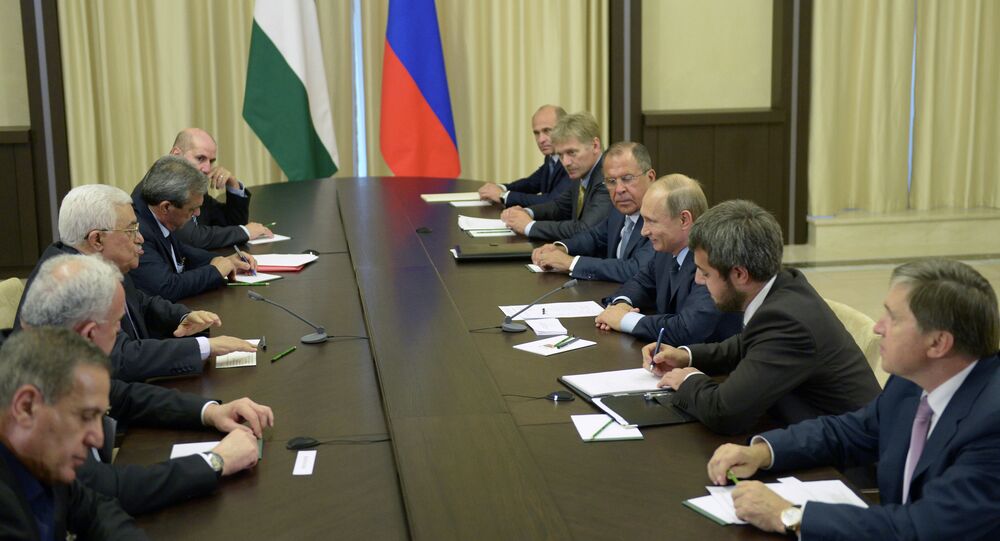 The agenda of Russian President Vladimir Putin and Palestinian leader Mahmoud Abbas includes discussion of options for Russian corporations to join energy projects in Palestine, according to a pre-meeting document.

Abbas is currently visiting Russia, and is set to meet the Russian leader in Moscow Tuesday evening.

"A discussion is planned during the meeting on options for Russian corporations to join energy projects in Palestine. In particular, Gazprom is assessing the possibility of developing the Gaza Marine field," the document reads.

Host Photo Agency
Putin, Abbas to Meet in Moscow Tuesday Evening - Kremlin
In addition to the 30-billion-cubic-meter natural gas field off the Gaza Strip, the agenda includes the construction of a 400-megawatt thermal power station in the West Bank with Russian involvement, according to the document.

It was stated in documents released in January 2014 that Gazprom was assessing the feasibility of the Gaza Offshore Gas Field and had plans to develop the West Bank field near Ramallah. The agreement was estimated to cost $1 billion at the time, according to media reports.

Gaza Marine, discovered in waters controlled by the Palestinian National Authority in 2000, was due to be explored by British Gas, but the project ground to a halt due to a power dispute between Israel and Palestine.