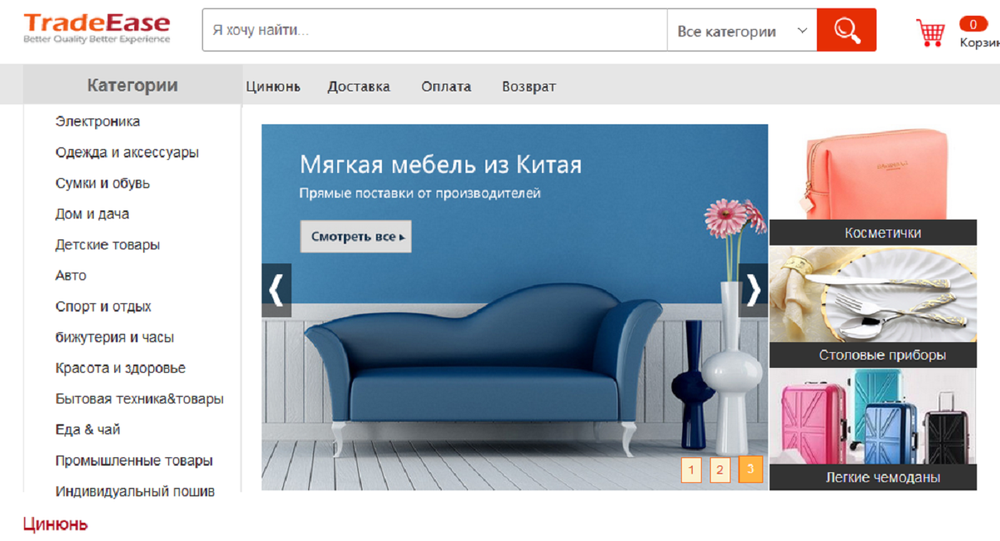 The ambitious TradeEase will try to attract some 100,000 clients in Russia in the first months of operation.

"In the first months of TradeEase [operations], it plans to attract some 100 thousand buyers in Russia, and by the end of the year around 1 million. In the future, the platform will start selling Chinese goods in other countries of Eastern Europe," Yandex.Money, the largest online payment service in Russia, said.

TradeEase works on the principle of a market place, in which currently some 200 Chinese stores participate, but it is expected to add another 800 companies by the end of the year. Chinese electronics, household appliances, clothes, shoes, accessories and spare parts can be bought through the platform.

A survey undertaken by Yandex.Market service in March revealed that Chinese online stores are the most popular foreign e-commerce platforms among Russia’s online customers.