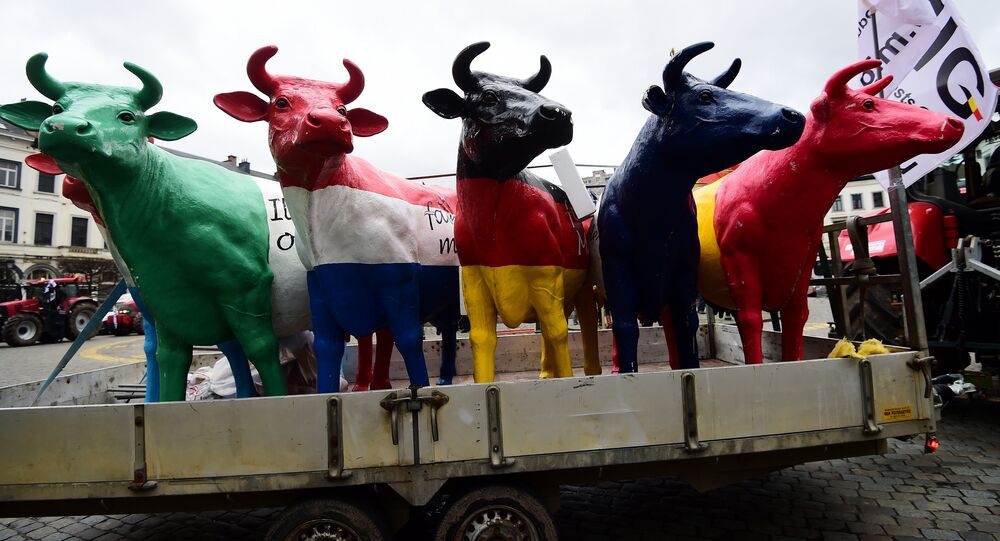 Brussels Promises Over $560Mln in Additional Aid to EU Farmers

The biggest share will be allocated to the support of the dairy sector.

"This package will allow for €500 million of EU funds to be used for the benefit of farmers immediately," Commission’s Vice President for Competitiveness Jyrki Katainen said.

He described the decision as a "robust" response to the acute problems faced by EU farmers. "This response demonstrates that the Commission takes its responsibility towards farmers very seriously and is prepared to back it up with the appropriate funds," he stressed.

Katainen said that the bigger share of the EU funds will go to supporting the dairy sector.

The European Union spends 50 billion euro annually to offset the cost of Russia’s restrictions on European farm produce, which followed EU sanctions on Moscow over its alleged role in the Ukrainian crisis.

France’s Aid Package for Farmers to Reach $3.3 Bln Over 3 Years