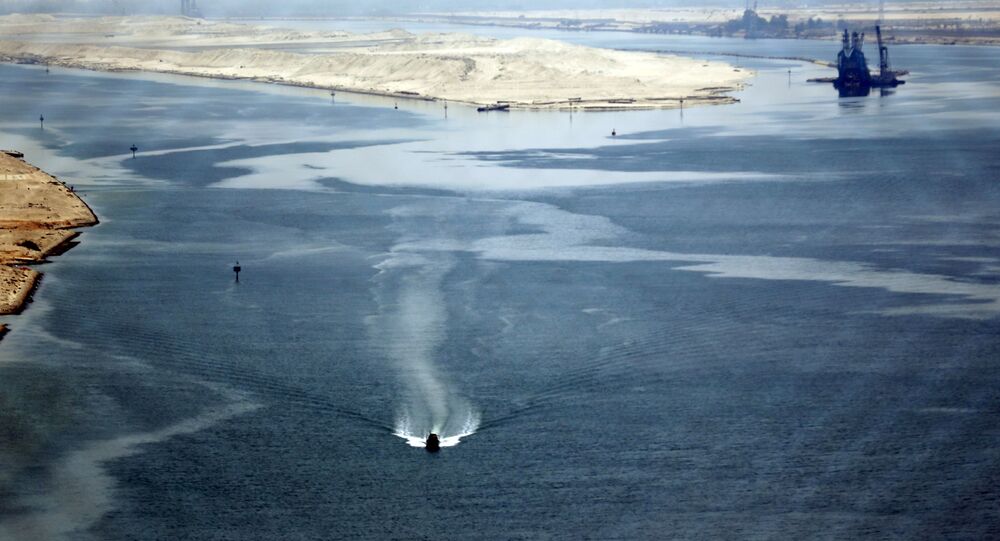 ISMAILIA (Sputnik) – A new channel of the Suez Canal was officially opened earlier in the day during a ceremony attracting a number of high-ranking officials from across the globe. Sisi signed an agreement for the commencement of shipping in the New Suez Channel before the opening ceremony.

"Egypt is not the only country of the project. The opening of the channel is giving a start to a large number of national projects, the next of which will be the development of the Suez Canal area. The Egyptian government is beginning to implement it today," Sisi said during the opening ceremony.

Earlier in the day, Mohab Mamish, the New Suez Canal administration head, said that the Suez Canal authorities would be ready to begin infrastructure construction as early as August 7.

© REUTERS / The Egyptian Presidency/Handout via Reuters
Finally Unveiled: Egyptian President Sisi Inaugurates New Suez Canal
The opening of the New Suez Canal, parallel to the original canal built 146 years ago, was announced in August, 2014, intending to cut ship transit time between the Red Sea and the Mediterranean Sea from 22 to 11 hours.

The new 44.7-mile channel is part of the development of the surrounding area into an industrial, commercial and logistics hub that will include the construction of additional ports and improved shipping services.