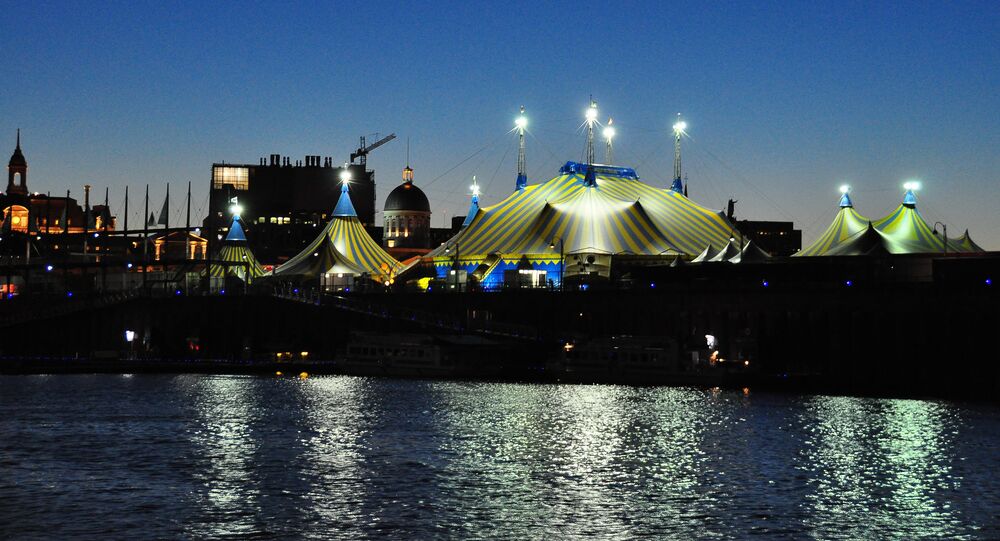 Cirque du Soleil, a Canadian circus known for its storyline-based acrobatic performances, has been sold to a group headed by a US private equity firm and its Chinese partners.

"With the assistance of our new partners, we have already begun laying the groundwork for the global expansion of the Cirque du Soleil brand, as evidenced by our recently announced growth plans in Asia," Daniel Lamarre, president and CEO of Cirque du Soleil, said in a Wednesday statement, as quoted by CBC.

TPG acquired 60 percent of Cirque du Soleil shares, while Fosun bought a 20 percent stake. Caisse de depot et placement du Quebec, a Quebec pension fund manager, has a 10 percent stake, while one of the circus’s founders, Guy Laliberte, will maintain a 10 percent stake in the company.

The buyers have agreed to keep the Cirque du Soleil headquarters in Montreal and to ensure that at least 70 percent of the circus’s senior management in Canada is Canadian.

Cirque du Soleil shows combine various circus styles with each having a particular central theme and storyline. Some of the shows are permanent, such as the Las Vegas-based "Mystere," "Zumanity" and "O," while other performances, including "Kooza," "OvO," and "Totem," are touring.