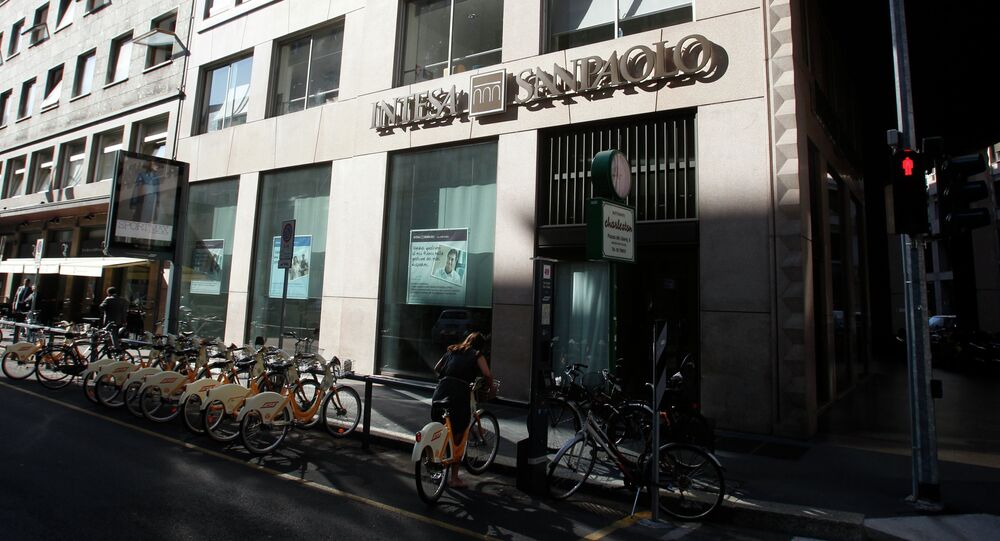 On Monday, the EU foreign ministers extended anti-Russia economic sanctions due to expire on Tuesday until January 31, 2016.

MOSCOW (Sputnik) — Italian Bank Intesa cooperates with Russian business strictly observing the limitations imposed by the EU sanctions, the press service of the bank said in a statement on Tuesday.

"Bank Intesa fully observes the sanctions regime and is working within the confines of the existing limitations," the bank said in a statement.

"Unfortunately, now we have to bring our cooperation into compliance with the existing legal framework," the bank said.

Intesa Sanpaolo Group explained that its mission is supporting Italian business and, in particular, those firms that cooperate with Rosneft.

Earlier in the day, Chairman of the Board of Directors of Banca Intenso Antonio Fallico told RIA Novosti in an interview that Intesa Sanpaolo is going to increase its support for the Italian companies working with Russia.

Banca Intesa is a Russian subsidiary bank of the Intesa Sanpaolo Group, and one of the top banking groups in the eurozone.

In 2014, Moscow introduced a one-year ban on imports of a list of food products from the United States, the European Union and their allies that had earlier imposed economic sanctions against Russia over its alleged involvement in the Ukrainian conflict.