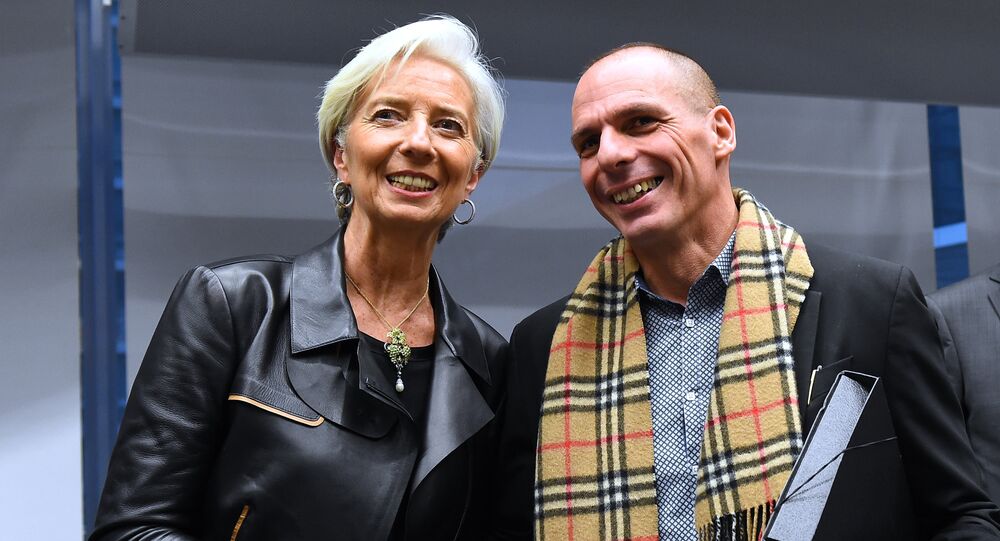 The Greek government needs to make a choice between the offer made by its international creditors and default, President of the European Council Donald Tusk said Friday.

MOSCOW (Sputnik) — Greece and its three main creditors — the European Commission, the European Central Bank and the International Monetary Fund — failed to reach a new agreement on Greece's debt on Thursday before its current bailout program expires.

"We are close to the point where the Greek government will have to choose between accepting what I believe is a good offer of continued support or to head towards default," Donald Tusk said in a video message.

© AFP 2021
Greece Likely to Default Despite Germany’s Aim to Save Eurozone
Tusk added that "the game of chicken needs to end and so does the blame-game," because "there is no time for any games," as the current economic assistance program to Greece runs out in 11 days.

On Thursday, the president of the European Council said that an urgent summit on Greece would be held on June 22 after negotiations between Greece and its international creditors had not managed to break the deadlock.

Greece's overall debt stands at about $350 billion, of which $270 billion is owed to its three major international creditors.

Greece-Russia Ties Based on Respect Without Coercion – Syriza Member

Greece Ready to Cooperate With Russia on Power Units Construction