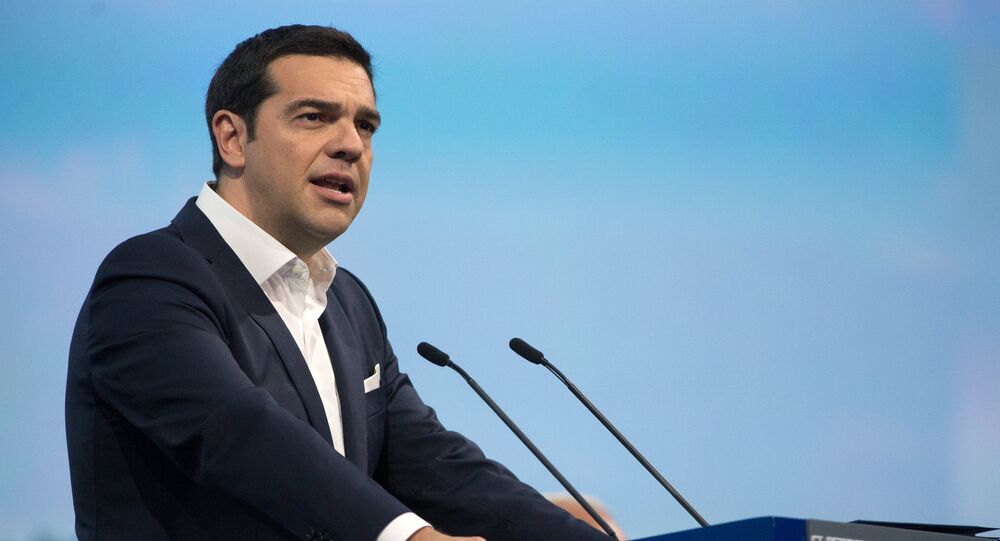 © REUTERS / Alkis Konstantinidis
Not Grexit, But More Austerity 'Suicidal' for Athens - Syriza Lawmaker
ST. PETERSBURG (Sputnik) — The European Union needs to return to its initial declarations and principles of solidarity and justice as the path of austerity is counterproductive, Tsipras noted.

"The question is, whether the European Union will be able to become a region of development again," Tsipras said.

Athens is currently attempting to negotiate a $270-billion debt relief terms with its international creditors. Its current bailout program expires on June 30.

Greece's overall debt stands at about $350 billion, of which $270 billion is owed to the European Commission, the European Central Bank and the International Monetary Fund.

On Thursday, EU Commissioner on Economic and Financial Affairs Pierre Moscovici said that the failure to reach an agreement in talks between Greece and international creditors before the deadline could lead to catastrophic consequences.

Bank of Greece Warns of Default, Grexit if Aid Talks Fall Through