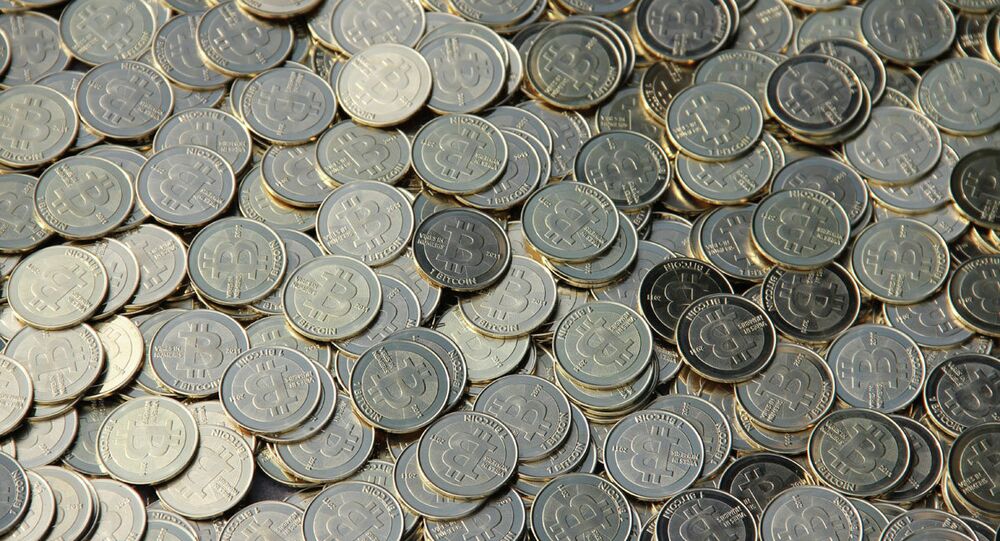 Trading in Bitcoin opened at $250 on Wednesday, as concerns that Greece may leave the Euro have caused investors to turn to the cryptocurrency as an alternative to traditional deposits.

© Flickr / BTC Keychain
World’s First Bitcoin Security Launched on Stockholm Exchange
The value of Bitcoin has surged by ten percent in the last ten days, a rise attributed to the deadlock in talks between the Greek government and the country's creditors.

According to data from the Bitstamp exchange, on Tuesday Bitcoin spiked in value by more than $14 to close at $250.09, its highest price since March, when the cryptocurrency traded as high as $297, on March 11.

Market observers ascribed the surge to fears that Greece could be forced to default on its loans and consequently leave the single currency, as ongoing talks with creditors have failed to break the deadlock between the two sides.

On Tuesday Greek Prime Minister Alexis Tsipras said creditors were trying to “humiliate” Greece with their “fixation on cuts,” in exchange for the tranche of bailout money Greece needs to avoid defaulting at the end of the month.

The lack of agreement has left investors concerned about the possibility of money kept in fiat currencies, which are state-regulated and often an obligatory medium of exchange within a country's borders, becoming subject to restrictions similar to those imposed on Cyprus in 2013 after negotiations with the European Union and IMF.

Under the terms of the agreement reached by Cyprus in 2013 with the EU leaders and the IMF, savers were hit by draconian measures which raided bank accounts held in the Mediterranean nation in order to raise the €5.8 billion requested by Eurozone members, for Cyprus to receive the €10 billion [$13 billion] bailout which kept it in the Eurozone.

According to representatives from Vaultoro.com, a Bitcoin and gold exchange and storage facility, the amount of traffic from computers with Greek IP addresses has increased by 124 percent in the two months during which negotiations between Greece and its creditors have been ongoing.

© AP Photo / Thanassis Stavrakis, File
Grexit to Cost the World One Trillion Euros in Losses
The Greek debt crisis has given birth to a number of unorthodox possible solutions to alleviate the country's financial problems, highlighting the loss of faith in traditional financial institutions controlled by governments and banks.

While Greek Finance Minister Yanis Varoufakis has dismissed the possibility of using Bitcoin to help ease Greece's cash flow problems, he has floated the idea of Greece and other countries on the periphery of the Eurozone turning to a parallel payment system to answer the need for greater liquidity and a respite from austerity in their economies.

“Is there something that the peripheral countries can do to give themselves a chance to breathe better and to act as a bargaining chip that will make Berlin, Frankfurt and Brussels take notice?”

“The answer is yes: They can create their own payment system backed by future taxes and denominated in euros. Moreover, they could use a Bitcoin-like algorithm in order to make the system transparent, efficient and transactions-cost-free,” wrote Varoufakis in a blog post in February.

Such a system, which Varoufakis named 'FT-coin,' standing for Future Taxes, would boost the money supply by allowing the country's citizens to exchange Euros for FT-coins with a country's national Treasury.