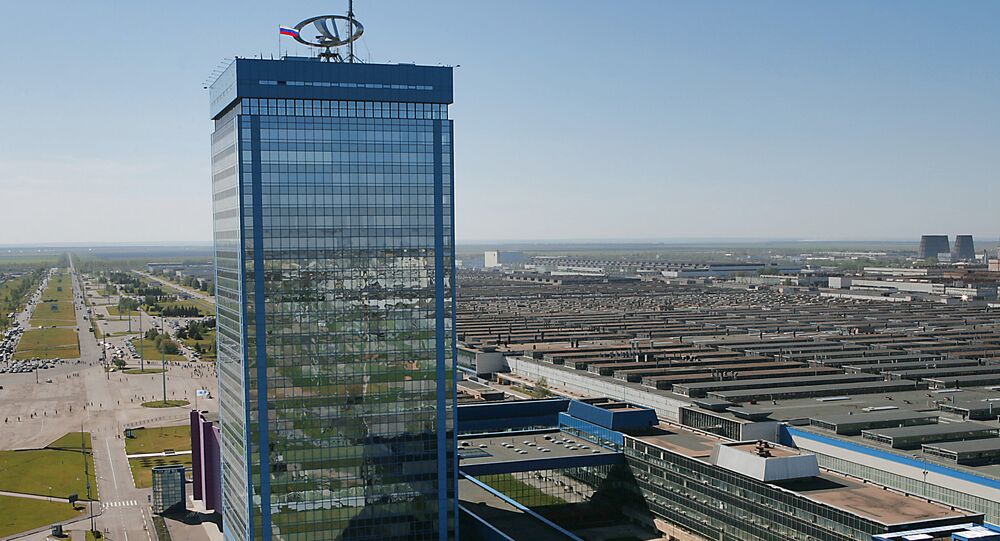 Russia's automotive manufacturing giant AvtoVaz is set for a modest 1.7 percent year-on-year growth in vehicle output in 2015, to 585,000 units, accounted for by a 19.5 percent increase in the assembly of cars for its partners in the Renault-Nissan alliance, AvtoVaz President Bo Andersson said at a meeting of the Russian Engineering Union.

© CC BY 2.0 / nikita_novozhilov / Lada XRay
AvtoVaz Speeds Up Work on Lada XRay SUV: Car to Hit Showrooms by Early 2016
AvtoVaz revised its expansion figures downward since February, when it had estimated the production of 712,000 vehicles in 2015. The Russian automotive industry's expansion has been hampered by the country's ongoing recession, which has resulted in a 37.7 percent decline in the purchase of new vehicles since January.

AvtoVaz will assemble a total of 160,000 vehicles for Nissan and Renault in 2015, including the Nissan Almera, Sentra, and Tiida, as well as the Renault Logan, Sandero, and Stepway. Nissan and Renault's sales in Russia increased by 7 and 11 percent in 2014, respectively. Since the beginning of the year, the recession, the declining value of the ruble, and an aggressive sales campaign by their Korean competitors have weakened their positions on the Russian market.

Automotive business experts speaking to business newspaper Vedomosti said that AvtoVaz's own brands, projected to decline by 3.7 percent to 425,000 units in 2015, have good prospects for recovery. Their prices have risen more slowly than those of their foreign competitors due to high levels of localization, and state orders of vehicles for official use have helped to support demand for their products, accounting for 36 percent of vehicles sold in 2015.

AvtoVaz's own Lada brand is also expecting to see a small jump in sales later this year, with the release of the Lada Vesta sedan and the Lada Xray crossover, in September and December, respectively.