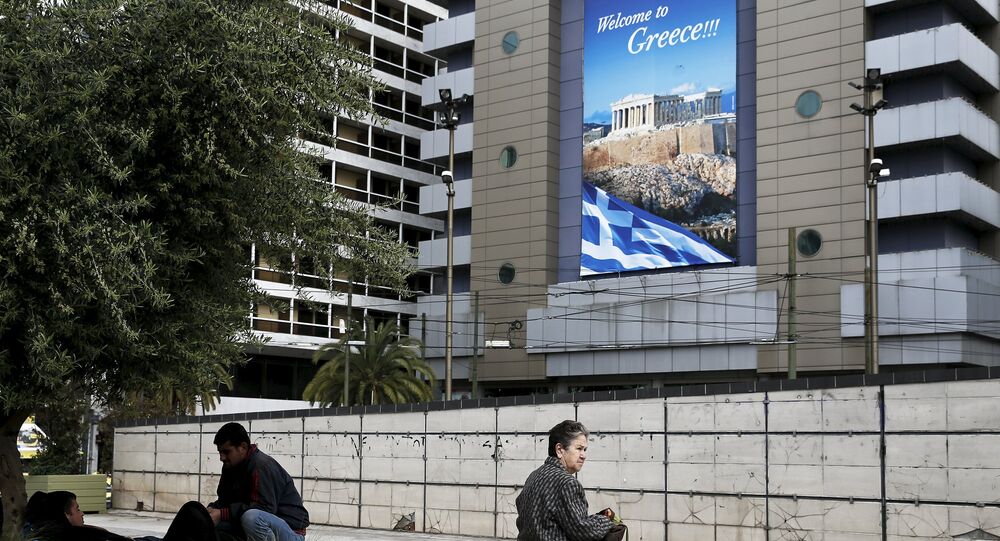 Greece will delay a debt payment to the International Monetary Fund (IMF) that was due Friday and bundle its four payments due in June into one, a source in the Greek Foreign Ministry confirmed.

ATHENS (Sputnik) – Athens had time until Friday to repay the first 300-million-euro ($337-million) installment of a debt it owes to its IMF creditors under the 2010 bailout program. It has to make three other payments to the fund on June 12, 16 and 19. In total, Greece must repay 1.6 billion euros until the end of the month.

“We asked the IMF to merge four payments due in June. We will not give any comments on the decision,” the source told RIA Novosti Friday.

© Flickr / Javier Ignacio Acuna Ditzel
Greece Delays Friday’s IMF Debt Repayment Until End June
Athens informed the fund of its plans to bundle the payments on Thursday, according to IMF spokesman Gerry Rice. He said that the single payment is due on June 30.

Greece was one of the hardest-hit countries following the 2008 financial crisis. Its plunge into recession was cushioned by multibillion loans by the IMF, the European Union and the European Central Bank in exchange for severe austerity and painful economic reforms.

The country’s outstanding national debt is estimated at some $350 billion.