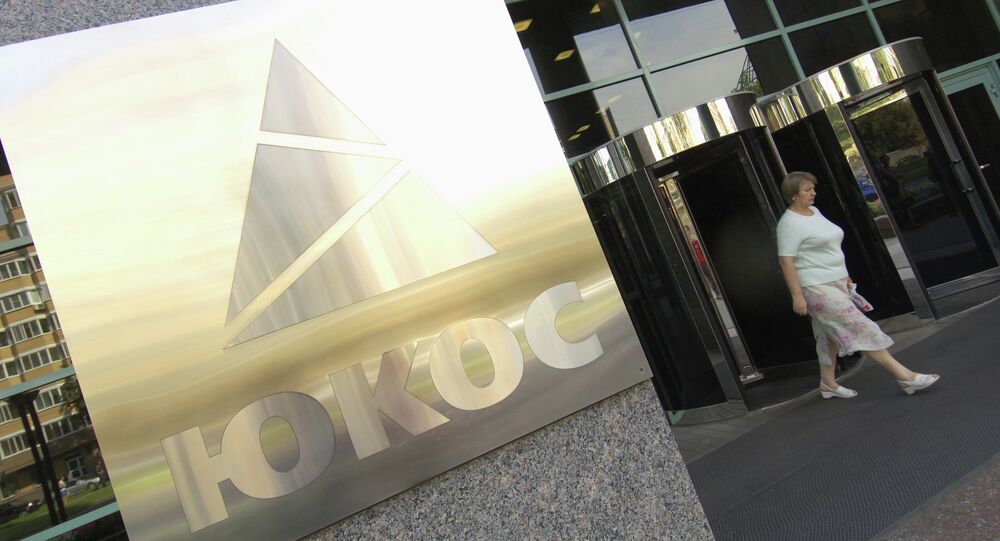 On May 22, media reported that former Yukos shareholders turned to US, UK and French authorities for assistance in obtaining $50 billion in compensation from Russia.

MOSCOW (Sputnik) — Moscow is getting ready to stop attempts to arrest its state property abroad after the Permanent Court of Arbitration in The Hague decided to award former Yukos shareholders with millions of dollars in compensation from Russia, Justice Minister Alexander Konovalov said Thursday.

“Of course, such preparations are being carried out, including to prevent actions which we believe to be unlawful,” Konovalov told reporters

Yukos's stakeholders claimed the Russian government had illegally forced the energy company out of business, allowing Rosneft to snap up its assets and become the country’s largest oil producer.

Several court decisions in the Yukos case were reached last year, including the Permanent Court of Arbitration in The Hague awarding three companies representing former Yukos co-owners $50 billion in compensation from the Russian government.

In a separate ruling, the European Court of Human Rights (ECHR) instructed Russia to pay former Yukos investors nearly 1.9 billion euro ($2.1 billion) for violating their right to judicial relief and a fair trial. The ECHR board rejected an appeal by the Russian Justice Ministry, which stated the ECHR decision was neither fair nor impartial.

Russia Made No Effort to Pay Compensation to Yukos Shareholders – Envoy