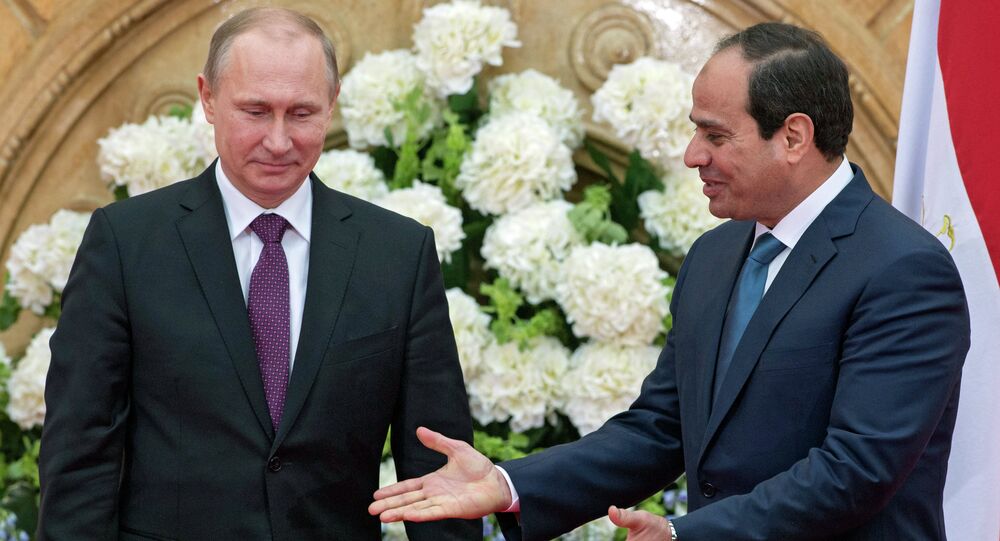 Egypt intends to establish a free trade zone with the Eurasian Economic Union (EEU), comprising Russia, Kazakhstan, Belarus and Armenia, by the end of 2016, the Egyptian ambassador to Russia told Sputnik.

"There is a kick-off already in the negotiation process and we estimate that it is going to take from 12-18 months," Mohamed Elbadri told Sputnik.

At this stage of negotiations, the envoy added, each party will study the benefits of mutual cooperation before entering into direct talks regarding the details of the agreement.

The treaty should cover all trade in commodities between the countries.

The Russia-led EEU officially came into force on January 1. The bloc aims to achieve the free flow of goods, services, capital and labor across its member states, with provisions for a greater integration in the future.