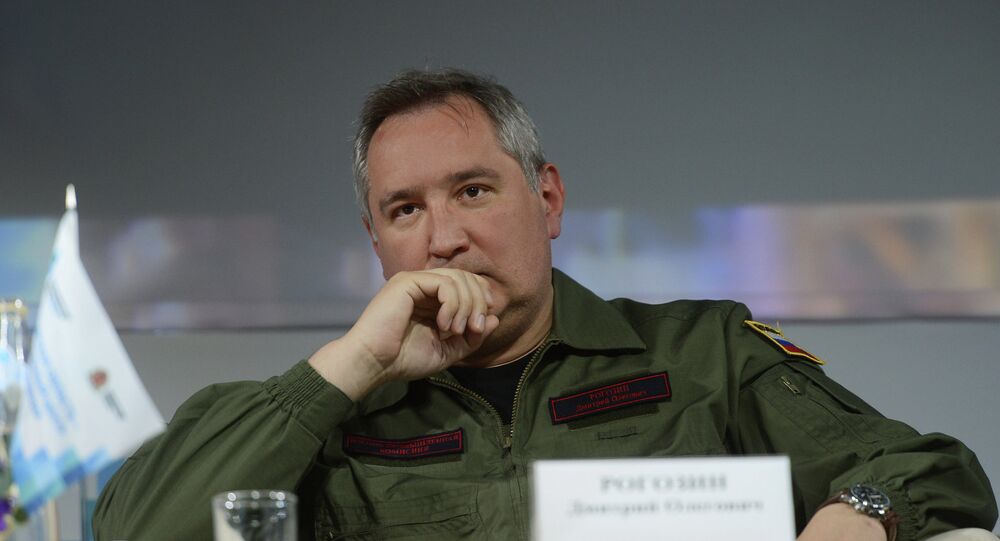 Russian Deputy Prime Minister Dmitri Rogozin has stated that Russia's future depends on its rebirth as a major industrial power, noting that Russian manufacturers must recapture the domestic market, and that reindustrialization is necessary in order to put the country back on a 'sovereign national footing'.

"Russia needs to see an industrial Reconquista, which must be based on the principle of reasonable national egoism among our industrialists, who must recapture the domestic market," the deputy prime minister said.

Rogozin explained that "the Russian-language synonym for the phrase 'import substitution' is 'industrialization'. This is a strategy for the country's transition, particularly the sensitive sectors of the economy, to a sovereign national footing."

Rogozin noted that over the past 20 years, Russia has opened itself up to foreign producers and lost much of the local market, even in areas where Russian designs had been competitive. The deputy PM cited the example of the aircraft industry: "Up to 80 percent of long-haul flights are now carried out by Airbus and Boeing-made planes. [Domestic planes] hold 37 percent among the regional lines; everything else has also been filled by foreign aircraft. Now we will need to fight to win everything back," he noted.

Commenting on the conflict in Ukraine and its impact in disrupting the provision of Ukrainian components for the defense sector, Rogozin noted that at the height of the crisis, Russia drafted a plan to substitute the production of Ukrainian industrial goods. Rogozin emphasized that 70 percent of production of military industry components has already been localized, including everything from rocketry components to parts for fighter planes, helicopters and ships.

The deputy prime minister explained that Russia now has plans to replace Ukrainian gas turbine engines for navy ships with Russian-made analogues by 2018, emphasizing that the new components will be qualitatively new, and not simply a rehash of Soviet-era designs.

"The most difficult part is the machine tool industry, which had served as the symbol of Ukraine within the USSR –aircraft, helicopters, and the production of gas turbine engine components for shipbuilding. We have already mastered the production of sophisticated equipment and weaponry on Russian territory, and by 2018 will adjust production in our interests."

© Sputnik / Maksim Bogodvid
Russia to Substitute Ukrainian Engines With Domestically Produced in 2018
Commenting on foreign participation in the civilian sector of the economy, Rogozin emphasized that he was not against foreign producers' involvement in the Russian market, but noted that foreign manufacturers must be made to do more to carry out a genuine localization of their production in exchange for market access, which over the long term would allow Russian producers to "gain our own competency."

Noting that sanctions have closed off access to roughly 640 Western-made products and components, Rogozin explained that by 2018, 70 percent of them are set to be produced domestically.

Rogozin emphasized that the Russian government's industrial policy must be based on supporting the principle of competition between manufacturers, along with transparency in pricing and the continual improvement of legislative regulation.

The deputy prime minister explained that reindustrialization will allow Russia to break out of its dependence on the sale of natural resources, noting that "Russia can exist only as an industrial power. We have no alternative."

Russia to Substitute Ukrainian Engines With Domestically Produced in 2018