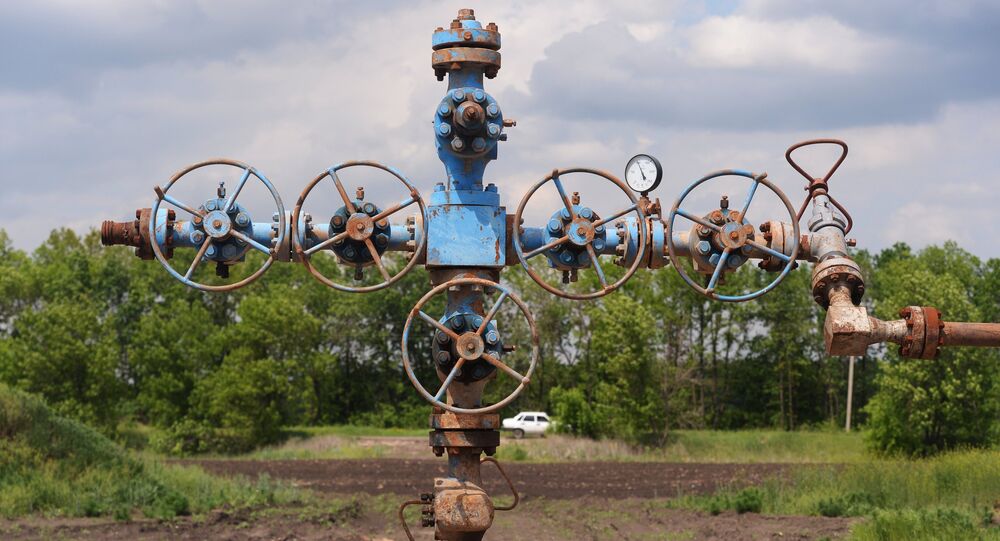 Russian Energy Minister Alexander Novak said that the volumes of gas to be pumped in Ukraine’s underground storage facilities, the reliability of transit gas through the territory of Ukraine, the European Union's financial capacities to provide aid to Ukraine should be discussed at next trilateral gas talks.

© RIA Novosti . Ilya Pitalev
Russia to Supply Gas to Ukraine in April Regardless of Kiev’s Debt
KHABAROVSK (Sputnik) — At their next trilateral gas talks, Moscow, Kiev and Brussels are likely to discuss the reliability of Russian gas transit through the Ukrainian territory and the issues of European Union providing financial aid to Ukraine, Russian Energy Minister Alexander Novak said Saturday.

“What we need to discuss includes the volumes of gas to be pumped in Ukraine’s underground storage facilities, the reliability of transit [of Russian gas through the territory of Ukraine], the European Union's financial capacities to provide aid to Ukraine… I think, the consultations will be held along these lines,” Novak told journalists.

© Sputnik / Sergei Kozlov
Next Russian-Ukrainian-EU Gas Talks Might Be Held April 13-14 in Berlin
Ukraine is a transit country for about 40 percent of Russian gas delivered to European consumers.

Currently, Russia delivers gas to Ukraine over the "winter package” deal, which gives Kiev a $100 discount per 1,000 cubic meters of gas. This agreement was set to expire on March 31 but the sides agreed to prolong it for another three weeks.

On Friday, the director for energy markets in the EC Klaus-Dieter Borchardt said that the next trilateral gas talks are most likely to be held on April 13-14 in Berlin. The sides will discuss future Russian gas deliveries to Ukraine, as well as transits to Europe.