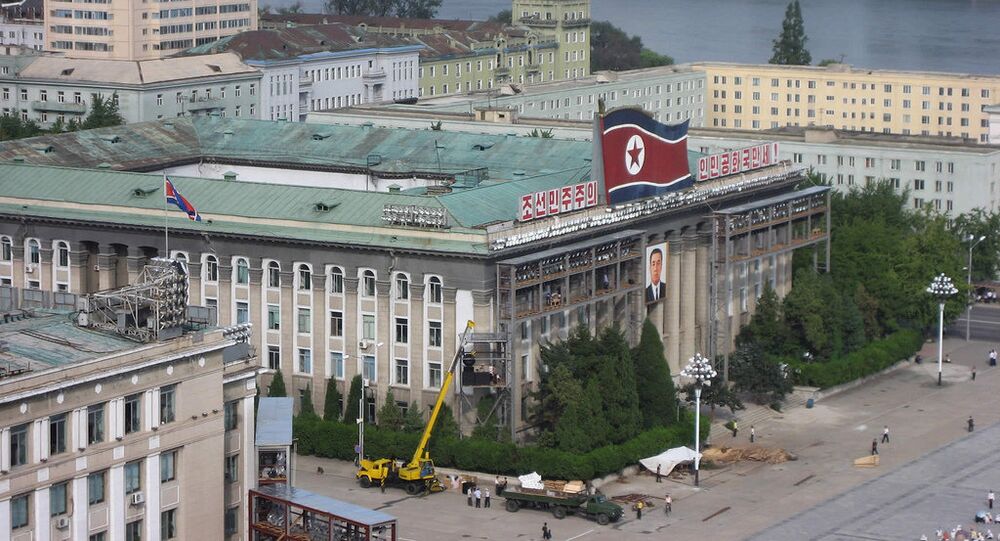 Trade Between Moscow, Pyongyang Should Be Raised to $1Bln - Official

Trade turnover between Russia and North Korea should be boosted to $1 billion, Deputy Head of the Upper House of the Russian Parliament Evgeny Bushmin said Friday.

© AP Photo / Ng Han Guan, File
Has Russia Replaced China as North Korea's Best Friend?
The minister added that the countries could increase the amount to $1 billion by the end of decade.

“Certainly, the goal is difficult, but it can be achieved within five years,” Bushmin said during the meeting with North Korean ambassador to Russia Kim Yong Jae.

In late March, Russia Far East Development Minister Alexander Galushka said that advanced development zones in the Far East and on North Korean territory may be developed with the participation of North Korea, South Korea and Russia. The respective proposals are currently under discussion, the official said.