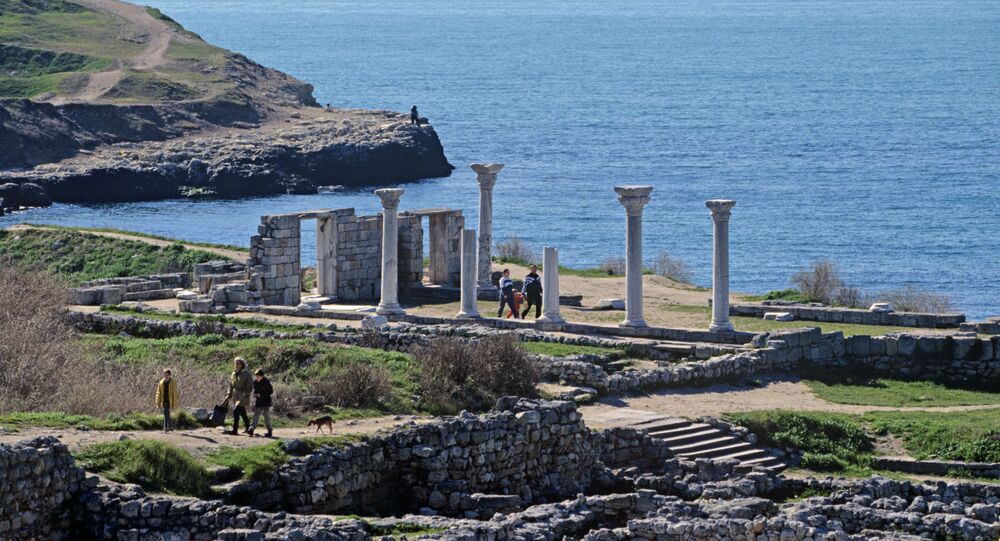 The representatives of province Reggio Calabria also expressed their willingness to cooperate with the peninsula in the food industries, construction, and recycling.

© Sputnik / Artem Zhitenev
Crimea's Development Fastest in 20 Years Thanks to Russia and Sanctions - Minister
SIMFEROPOL (Sputnik) – Italian entrepreneurs plan to open a full-cycle enterprise in Crimea, which will design and produce clothes, the Ministry of Industrial Policy of the peninsula said Wednesday in a statement on its website.

The proposal came after a meeting between Crimean officials and an Italian business delegation from the province of Reggio Calabria on Tuesday.

"During the meeting, the Italian authorities have indicated plans to establish a full-cycle enterprise, which will design and produce clothes in the Republic of Crimea," the press office of the Ministry stated.

© Sputnik / Mikhail Mokrushin
Free Economic Zone in Crimea Attracts Investment From China, Israel, Turkey
Italian representatives also expressed their willingness to collaborate with the peninsula in the light and food industries, construction, recycling and the use of solid domestic waste, according to the ministry.

The main issue on the agenda of the negotiations was the development of a long-term mutually beneficial partnership between Crimea and the province of Reggio Calabria.