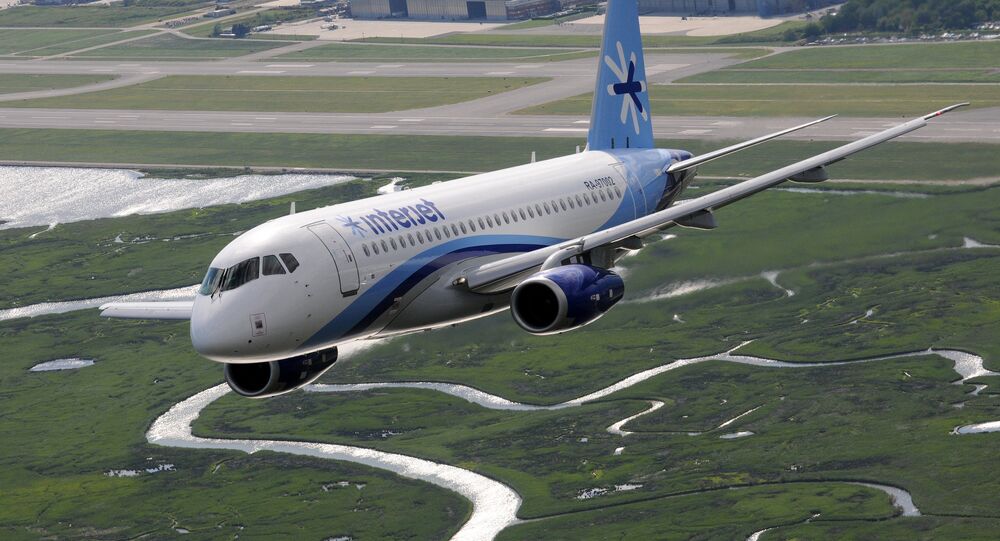 According to Mexican airline Interjet, technical problems found in Russian SSJ-100 planes account for less than 1% of flight delays.

“We have a technical dispatch reliability indicator [the ability of an aircraft to depart on time]. The SSJ-100 that flies in Mexico in short cycles has this indicator set at 99 percent,” Garza said.

Garza said that the same indicator in other companies, including Russian flag carrier Aeroflot, is lower – 97 percent.

“Possibly the reason is that our technical base for the SSJ-100 is better, and the indicator for A320 is 99.7 percent,” Garza explained.

Garza added that the SSJ-100 is fully computerized and features very complicated systems, so sometimes the system sends distress signals about technical problems that do not exist.

"This is absolutely normal," Garza said, adding that SSJ-100 is a young aircraft.

The Sukhoi Superjet 100 is a Russian-made twin-engine regional jet, which was first introduced in 2011. The Mexican Interjet company has ordered 19 SSJ-100s, 12 of which are already in service.