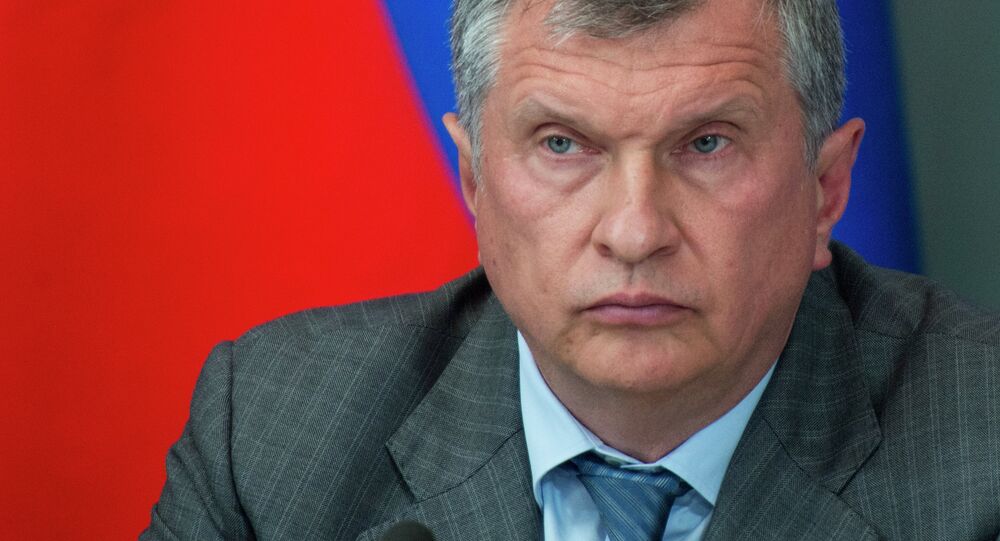 Rosneft CEO said that the sanctions imposed by the West on Russia over the Ukrainian conflict pose danger to the European Union’s energy security.

“In the long term, sanctions against Russia endanger Europe’s security of supply,” Sechin wrote, adding that the sanctions the West have imposed on Iran “affect oil supplies and trade balances.”

© Sputnik / Igor Podgornyi (File)
Russia's Rosneft to Invest $500Bln in Arctic Exploration Over 25 Years
The relations between Russia and the West have deteriorated significantly over the ongoing conflict in Ukraine. Having accused Moscow of meddling in Ukraine’s internal affairs – a claim Russian authorities repeatedly denied – the European Union, the United States and their allies have adopted several rounds of restrictions targeting Russia’s economy and specifically its energy sector.

Rosneft is among the Russian companies targeted by Western sanctions. In October 2014, Rosneft has filed a lawsuit to the London court to challenge the UK's implementation of anti-Russian energy restrictions. Early in February the London High Court has ruled to send the case of Rosneft to the European Court of Justice.