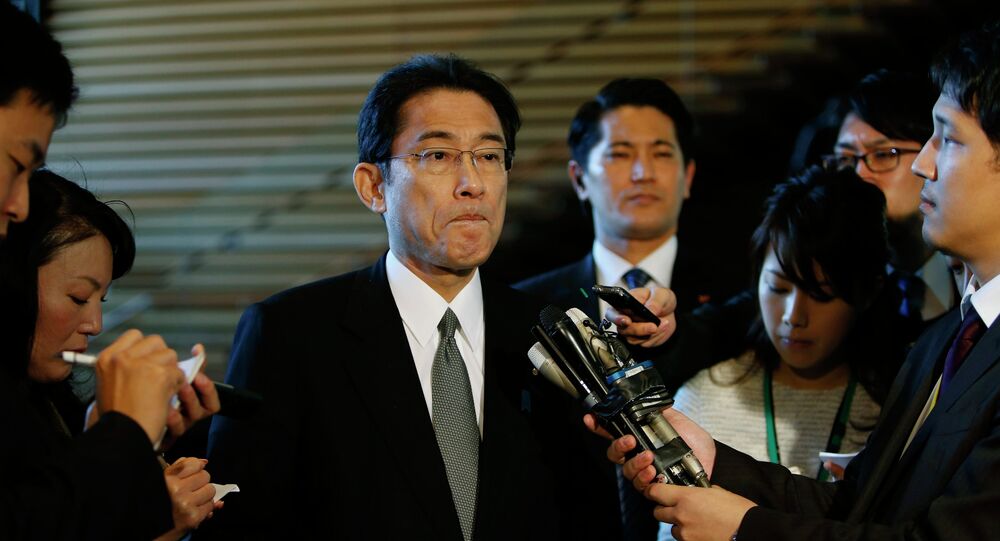 Ambassador of Japan to Ukraine Shigeki Sumi and Ukraine’s Minister of Economy and Trade Aivaras Abromavicius will sign the document, according to the statement.

“Signing of the document is a response to the repeated requests from Japanese companies,” Japan’s Foreign Minister Fumio Kishida said at a press conference on Tuesday.

Kishida added that Japanese investments are another form of aid that Tokyo wants to provide to Ukraine.

Earlier in January, Shigeki Sumi stated that Japan will allocate a new loan of $300 million to Ukraine in 2015 in addition to $1.5 billion, which Tokyo has already agreed to provide.

In spring 2014, the International Monetary Fund (IMF) promised Kiev a total of $17 billion in bailout loans, to be paid over the course of two years. In addition, several western countries have allocated funds to Ukraine to help the country rebuild its economy and enact necessary structural reforms.