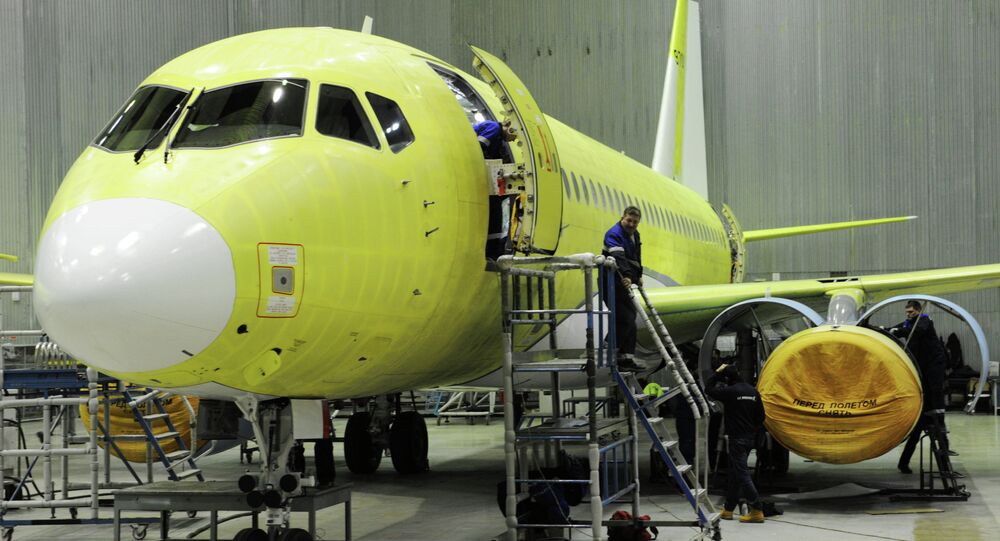 "Mexico was one of the first to buy the Russia-designed SSJ-100 planes and has been actively using them for air-traffic operations," Malayan said, adding that Interjet had initially wanted to buy twenty SSJ-100 airliners.

© Sputnik / Igor Zarembo
Indonesia Might Stock Up on More Sukhoi Superjet Passenger Planes
Interjet's board of directors reportedly approved the acquisition of more SSJ-100s back in December 2014. But the final decision was postponed until late January 2015, the company's CEO Jose Luis Garza Alvarez said on January 20.

Superjet-100 is a short-haul passenger airliner, developed by Russia's Sukhoi Company. The plane made its maiden flight in 2008 and was made available for commercial use in 2011.

Russia's flag-carrier Aeroflot operates the largest fleet of SSJ-100s. Apart from Russian and Mexican airlines, the plane is also used by Laotian and Indonesian airlines.