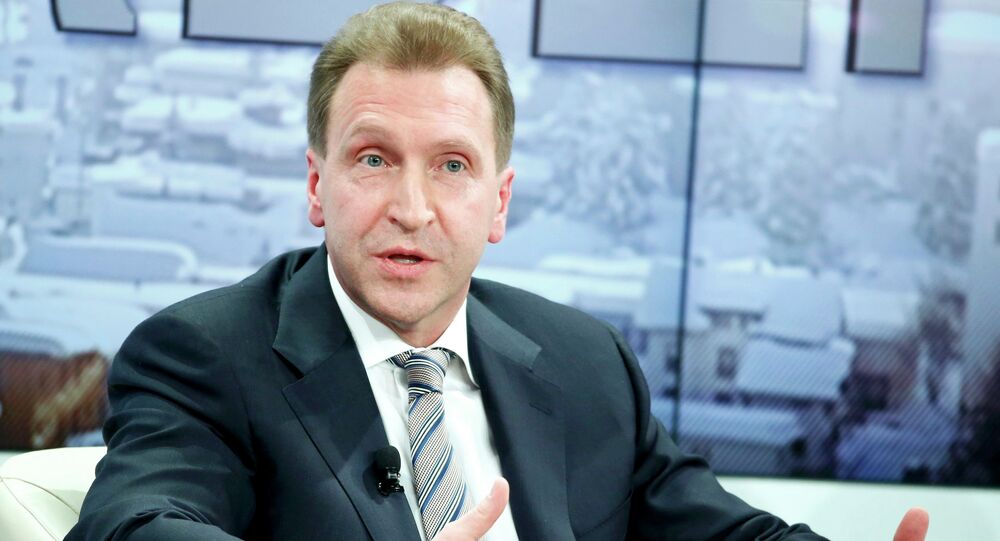 Russia's Anti-Crisis Plan to Be Based on Current Oil Prices

“Of course, we are taking into account recent oil prices. And now, without any illusions, we are drawing up this plan considering the current oil price on the market,” Shuvalov said in the Vesti v Subbotu (Vesti on Saturday) Russian TV show.

© Sputnik / Dmitry Astakhov
Medvedev Says Anti-Crisis Legislation is Russian Government's Top Priority
During the World Economic Forum in Davos on Friday, Shuvalov estimated that the oil prices might drop below $47 per barrel.

On Thursday, Russian Prime Minister Dmitry Medvedev said that Russia’s anti-crisis measures, which are now the country’s top priority would require preparation of about 60 bills and a series of presidential decrees, and according to Igor Shuvalov, will cost the government some $21 billion.

Russia is currently facing an economic slowdown caused by falling oil prices and weakening of national currency, the ruble. Russia is also affected by Western sanctions, imposed over Moscow’s alleged involvement in the Ukrainian crisis, a claim repeatedly denied by Russian authorities.