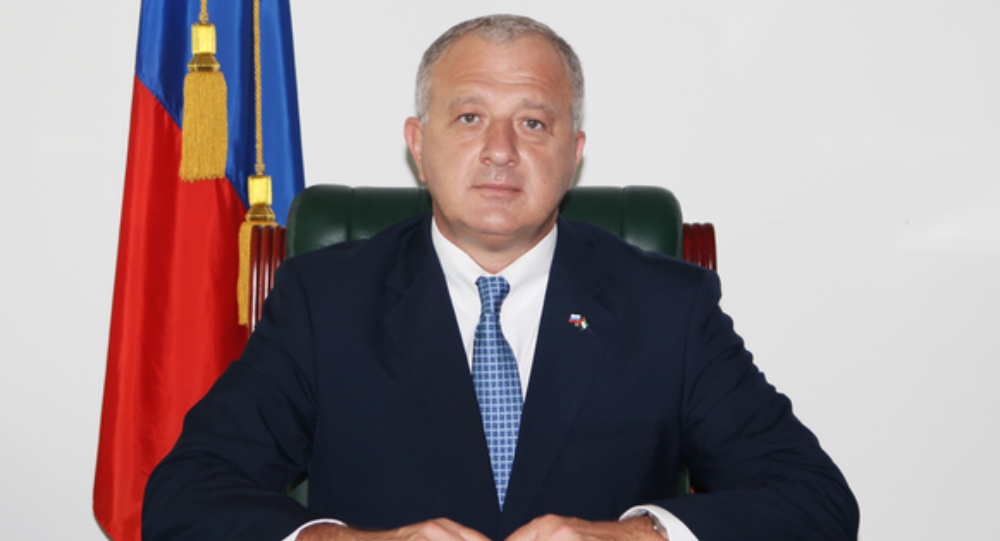 Consul General of Russia in Dubai and Northern Emirates stated that energy sphere, including peaceful uses of nuclear energy and space technologies are among the most promising areas for cooperation between Russia and UAE.

© Sputnik / Sergey Subbotin
Russia Intends to Open Trade Mission in UAE by 2016
DUBAI, January 16 (Sputnik) – The energy sphere, including peaceful uses of nuclear energy and space technologies are among the most promising areas for cooperation between Russia and United Arab Emirates, Consul General of Russia in Dubai and Northern Emirates told RIA Novosti Friday.

“Light [textile] and heavy industry, telecommunications, oil and gas sector and petrochemicals, alternative energy, transport, construction and space technologies are all among prospective areas for cooperation [between Russia and UAE],” Gocha Buachidze said, adding that Russia is currently one of UAE’s main partners in the peaceful uses of nuclear energy.

According to the official, foreign investment conditions in UAE make it attractive for various Russian projects and a potential hub for exporting Russian goods internationally.

Buachidze noted that during the last three years a number of senior Russian politicians, including the Minister of Industry and Trade Denis Manturov, the Minister of Communications and Mass Media Nikolai Nikiforov, Deputy Energy Minister Yury Sentyurin, the head of the Sakha Republic (Yakutia) Egor Borisov and the leader of Tatarstan Rustam Minnikhanov paid official visits to UAE, thus strengthening economic ties between the two countries.

“Russian-Emirates ties have a great potential and we are working to fully unlock it,” Buachidze said.

In recent years, Russia-UAE relations have strengthened, especially in the field of economics. In October 2014, Russian Minister of Industry and Trade Denis Manturov said Moscow hopes to open a trade mission in UAE by the end of 2015.