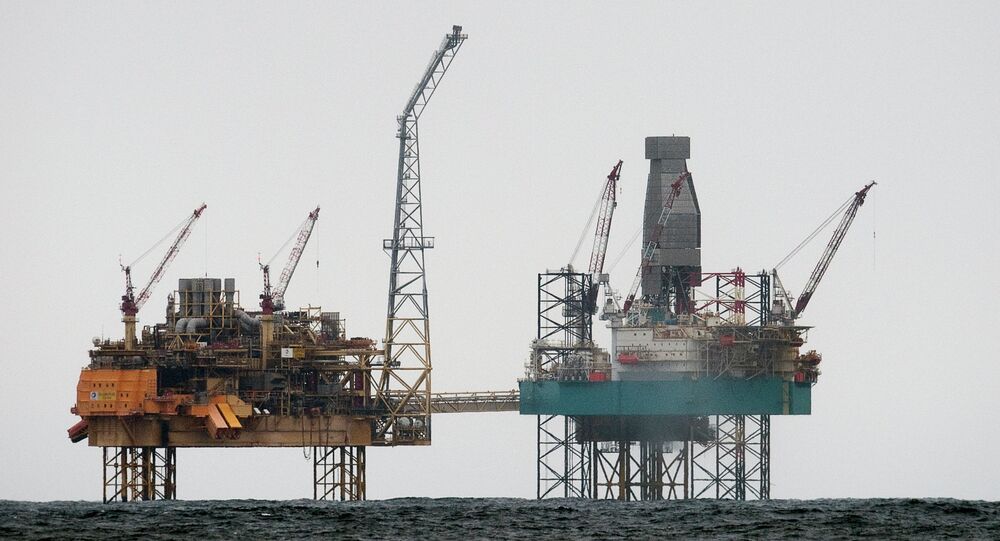 Total oil giant started gas and condensate production from the West Franklin Phase 2 project in the British part of the North Sea.

"With the start-up of the West Franklin Phase 2 project, Total consolidates the production capacity of its operated Elgin/Franklin hub. The hub holds significant reserves as well as promising exploration opportunities," Total's Senior Vice President Michael Borrell is quoted as saying in the press release.

The project envisages developing 85 million barrels of oil equivalent. To achieve that goal, three new production wells will be drilled and two new platforms will be constructed.

The news follows the decision of several energy companies to dismiss personnel working on platforms in the North Sea in order to cut expenses amid falling oil prices. On Thursday, the multinational company Tullow Oil warned about possible job cuts. In August 2014, Shell laid off 250 employees working in the North Sea while Chevron dismissed 225 in July.

West Franklin is a gas field in the North Sea, 240 km east of Aberdeen. The field's reserves are estimated to be 150 million barrels of oil equivalent. Total is the main shareholder in the project with 46 percent of shares. Italian oil and gas company Eni holds almost 22 percent of shares, while the energy company British Gas holds 14 percent. Several other shareholders hold less than 10 percent each.