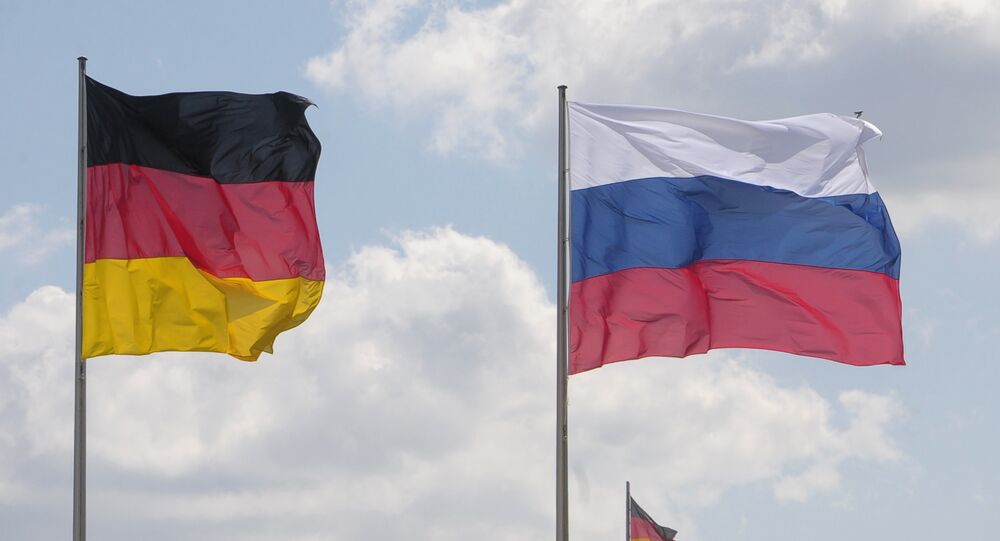 Director of the Chamber of Commerce and Industry for the Stuttgart region stated that German businesses are experiencing the negative consequences of the European Union sanctions against Russia.

© Flickr / julochka
Economists Say Germany Most in Favor of Lifting Anti-Russian Sanctions
MOSCOW, January 14 (Sputnik) – German businesses are experiencing the negative consequences of the European Union sanctions against Russia, the director of the Chamber of Commerce and Industry for the Stuttgart region told Sputnik radio Wednesday.

"A total of about 6500 German companies are currently operating in Russia. This market has always been especially important for us. Fresh data suggest that Russia plays a very important role for every one [German] entity in three, which is oriented on foreign market. We all hope for the easing of this situation," Tassilo Zywietz said.

Zywietz added that German businessmen are concerned with the current situation in Russian-EU relations and many are exploring new markets. "I believe, no one of us likes it," Zywietz said.

According to Zywietz, the losses German businesses suffer due to sanctions are significant.

"In the first half of the year Baden-Wurttemberg exports to Russia amounted to 15 percent and topped 20 percent in several areas. This concerns machine-building, new technologies, metalworking – crucial areas for us as well as for Russia. In long-term prospective we need to maintain our presence in these areas. That is why the downturn in a market such as Russia is certainly being felt especially acute," Zywietz added.

The German entrepreneur stressed that relations between Russian and German businesses predating the 2014 sanctions have been "very good" and expressed hope that they will return to that state very soon.

"Many [have] got the impression that currently it is impossible to do business. This is not the way it is. One still may work in the spheres, not touched by sanctions. We are trying to maintain the relations and are planning to create a Russian-German contact exchange," Zywietz said.

Economic relations between Russia and Europe have deteriorated amid the situation in Ukraine. Following Crimea's reunification with Russia, the European Union introduced several rounds of sanctions against Russia, blaming Moscow for interfering in Ukraine's internal affairs. In response, Russia imposed a one-year ban in August on certain food imports from European Union member states and several other countries. Germany was among the countries worst hit by the sanctions, as it accounts for some 35 percent of total EU exports to Russia.

EU Will Not Decide on Anti-Russian Sanctions During Monday Meeting: Source

Russia Loses 0.2 Percent of GDP in 2014 Amid Sanctions: Study