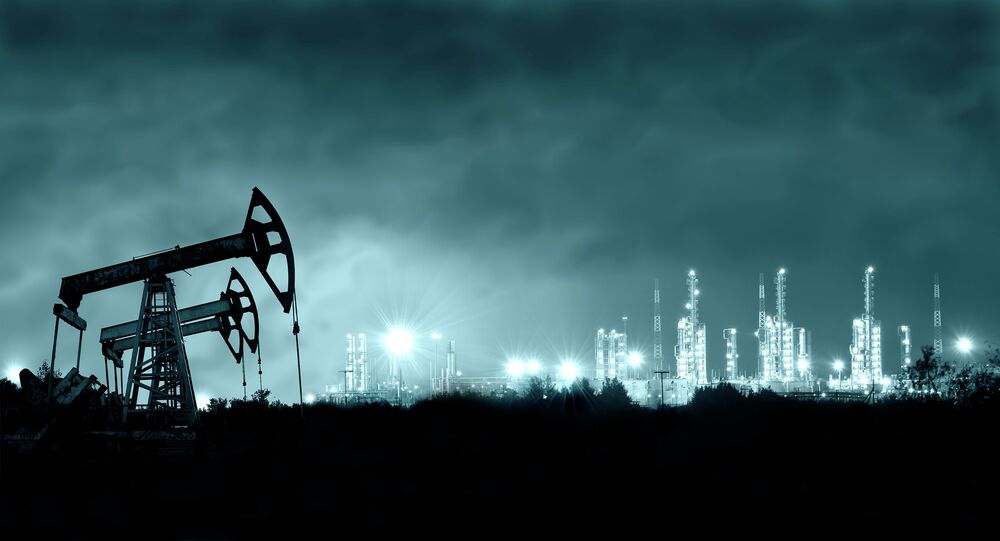 Oil prices will vary between $70 and $90 per barrel in the coming months, according to the Iran's oil minister. Experts note that major oil producers need $90 oil per barrel to attract investments and gain a reasonable profit margin.

© AP Photo / Iranian Presidency Office, Mohammad Berno
Rouhani: Iran Pulling Out of Recession Despite Drop in Oil Prices
MOSCOW, January 5 (Sputnik), Ekaterina Blinova — Oil prices will be varying between $70 and $90 per barrel in the coming months, according to the Iranian oil minister.

"For the first time, media is resisting oil price fall. Moreover, disputes between Republicans and Democrats in the US can sway oil prices. Therefore, it is predicted that oil prices would reach $70-90 in the coming months," Iranian Oil Minister Bijan Namdar Zangeneh said as quoted by SHANA, the ministry's official website.

According to the minister, OPEC can influence the oil prices through the lever of supply.

"The current situation with oil price is really very simple. Demand is down because of a high price for too long. Supply is up because of US shale oil and the return of Libya's production. Decreased demand and increased supply equals low price," said US energy expert Arthur Berman in an interview with Oilprice.com.

© REUTERS / Essam Al-Sudani
Iraq Backs Saudi Arabian Decision to Keep Oil Production Levels: Minister
The expert stresses that Saudi Arabia, the most influential OPEC member, is not interested in cutting its oil extraction anytime soon.  "Faced with the painful choice of losing money maintaining current production at $60/barrel or taking 2 million barrels per day off the market and losing much more money – it's an easy choice: take the path that is less painful," Arthur Berman elaborated.

However, major petroleum producers are suffering severely from the current slide, the expert points out, stressing that oil prices should be "around $90 to attract investment capital."

"The price of oil will recover. Opinions that it will remain low for a long time do not take into account that all producers need about $100/barrel. The big exporting nations need this price to balance their fiscal budgets. The deep-water, shale and heavy oil producers need $100 oil to make a small profit on their expensive projects," Arthur Berman told Oilprice.com.

The expert emphasizes that only conventional producers will be able stay in business if oil prices remain at $80 or lower for a long period of time.

However, this would inevitably lead to the reduction of global supply and a rise in oil prices, Mr. Berman concludes.