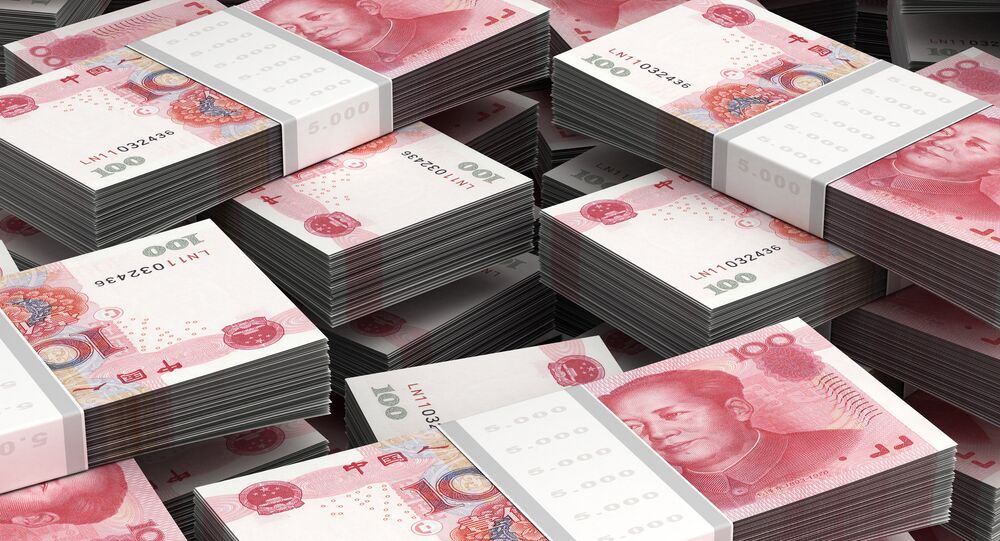 In making the decision to accept the yuan for the settlement of international trade, the National Bank of Serbia was guided by the increasing share trade with China as well as by the increasing level of economic cooperation between the two countries.

"In making of this decision [to list the Chinese yuan], the National Bank of Serbia [Serbia's central bank] was guided by the increasing share trade with China in the Republic of Serbia's total international trade, as well as by the significant degree of economic cooperation between the two countries," the Serbian Bank's statement explained on Thursday.

© Sputnik / Sergey Guneev
Putin: Accounting in Rubles, Yuan Likely, Influence of Dollar Decreasing
Serbia's central bank also pointed to "the ongoing internationalization of the yuan, in other words, the fact that the yuan has gained a more important role in international economic relations and financial flows."

The Executive Committee of the National Bank of Serbia decided to add the Chinese yuan to their list of accepted currencies at a meeting on Thursday. The decision will come into effect on January 12, 2015. It will mean that banks and currency exchange bureaus in Serbia will be able to make and accept transactions in yuan.

© Sputnik / Michael Klimentyev
Russia Ready to Expand Trade in Rubles, Yuan for Export of Energy Resources
The Russian ruble is also on the list of accepted currency for Serbian financial institutions that was added to the list in October 2012.

The news came at a point of rapidly growing economic relations between China and Serbia. In December, Chinese Prime Minister Li Keqiang met with his Serbian counterpart, Aleksandar Vucic, at the third China-Central and Eastern European (CEE) summit in Belgrade, Serbia. Both leaders hailed the improving economic cooperation between the two countries. Bilateral trade between China and Serbia amounted to $612 million total in 2013, up by 19.6 percent increase on the previous year.

Putin, Xi Discuss Possibility to Use Yuan in Mutual Transactions