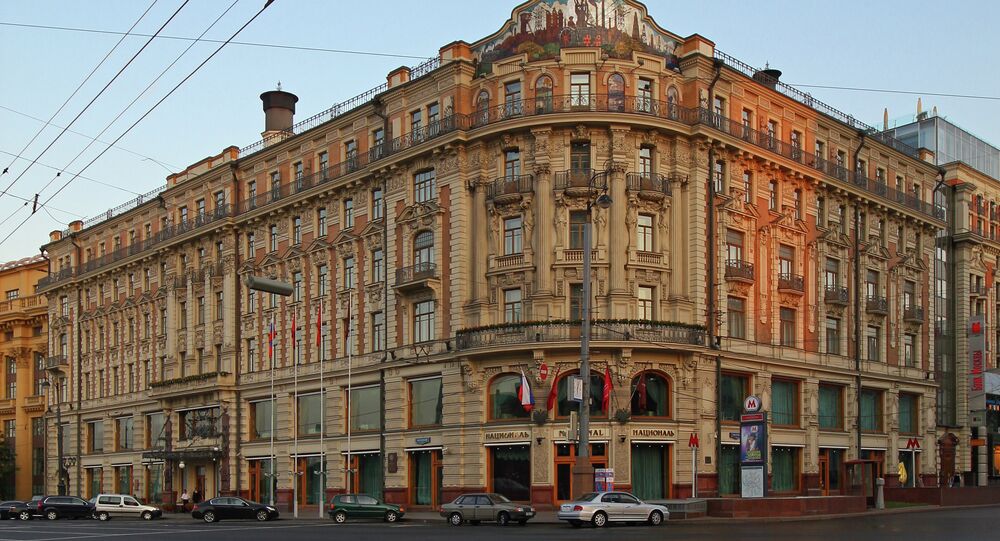 Yesterday’s Russian stock exchange panic caused a co-founder of a financial company to kill himself in one of Moscow’s top hotels - Hotel National.

© Sputnik / Mikhail Kutuzov
Sputnik Special Financial Analysis: Ruble, What Are You Doing? Please Stop!
MOSCOW, December 17 (Sputnik) — A businessman, who owned a stake in an investment enterprise, committed suicide in Hotel National Moscow yesterday night, having shot himself in the head. Police are investigating the incident.

The late Ivan Shervashidze left a suicide note and his last will. According to some reports, he owned a business selling musical instruments and equipment and co-owned a financial firm. He had allegedly suffered from psychological stress induced by the recent stock exchange panic, which has lead to the ruble’s dramatic depreciation this week.
The hotel’s surveillance cameras captured the last moments of the victim’s life. The incident happened at about 9 p. m. in a hotel suit, the body being found by the personnel seconds after the shot.

On Tuesday, Russia’s currency crisis entered its most acute phase, with the ruble plunging to 100 RUB for 1 EUR, and 80 RUB for 1 USD, causing a sell-off of Russia’s national currency, queues in currency exchange desks, and a stock market panic. It is believed that Russian companies, trading and borrowing in foreign currencies, will be hit hardest, with the most unsecure enterprises facing imminent bankruptcy.