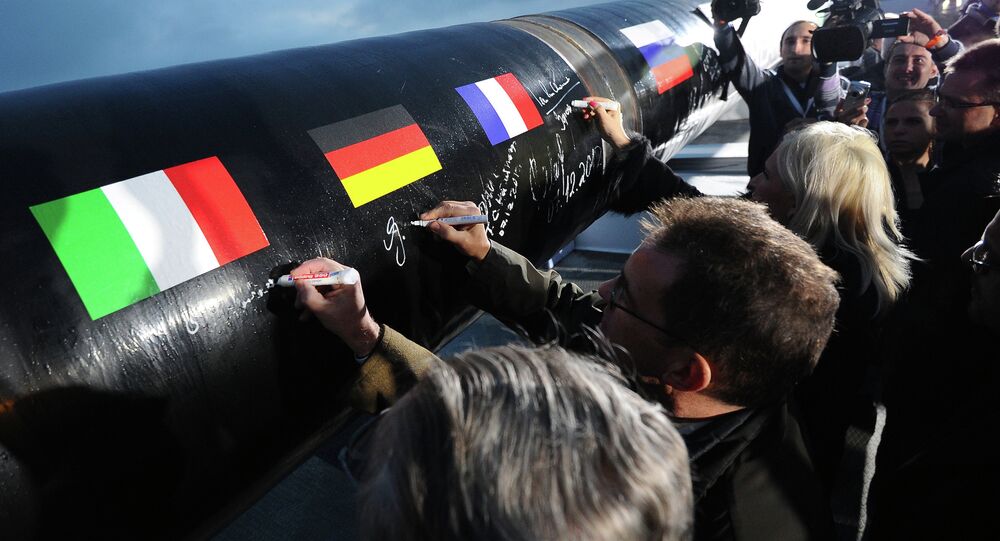 The press officer of the European Commission (EU) stated Tuesday that the EU's position on South Stream project remained unchanged and added that all gas pipelines in Europe "must be built in line with EU legislation."

"Indeed, we take note of Gazprom decision to stop South Stream," Itkonen said at a press conference noting that "the Commission continues its normal diplomatic dialogue with Russia, as well as all the other parties concerned."

The press officer also stated that the European Union's position on South Stream remained unchanged and added that all gas pipelines in Europe "must be built in line with EU legislation."

© Sputnik / Mikhail Klementyev
Putin: Russia Cannot Continue South Stream Construction in Current Political Climate
"We've seen these reports since yesterday. Obviously, we are looking into detail now. And then to comment whether the South Stream is dead or not is not really for us," Itkonen stated adding that she could provide no further clarifications, as the EC was not a party to South Stream.

On December 1, Russian President Vladimir Putin announced that Russia was unable to continue with the South Stream gas pipeline project under the current conditions, citing the EC's position on the project and Bulgaria's failure to grant permission to proceed with the pipeline's construction as the major reasons behind the decision.

© Sputnik / Ramil Sitdikov
Russia Scraps South Stream Gas Project: Gazprom
Russian energy giant Gazprom announced in 2012 the construction of a pipeline across the Black Sea to reduce the possibility of unreliable Russian gas passage to central and southern Europe through Ukraine. South Stream was expected to be fully operational by 2018.