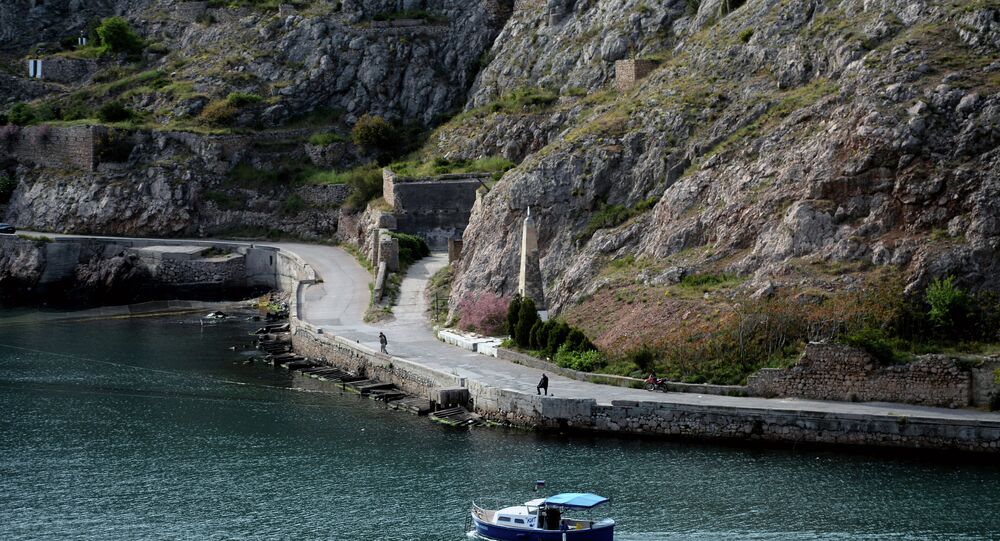 According to Russian business rights ombudsman, special economic zone created in Crimea "has its pros and incentives for investors."

"We have talked to Chinese investors. They have no restrictions. They do not fall under any sanctions, so Crimea for them is a zone that is open to investments," Titov told Sputnik News Agency in an interview.

Russia is expected to designate Crimea and Sevastopol as a special economic zone with tax breaks to attract investors. Crimea has adopted the Russian ruble as its official currency.

The business rights ombudsman added that "the program of a special economic zone in Crimea has its pros and incentives for investors."

© Sputnik / Konstantin Chalabov
Crimea Introduces New System of Fines for Administrative Offenses
Chinese investors have proposed establishing a gambling zone in Crimea, and have offered to assist in the construction of a tunnel under the Kerch Strait.

Crimea reunified with Russia in March following a political referendum within the region, with 96 percent of the vote in favor of joining Russia. Ukraine and the West have to date refused to recognize the vote. In a speech following the Crimean referendum Russian President Vladimir Putin stressed that the vote was held in full compliance with democratic procedure and international rule of law.

"There are a lot of really effective and profitable projects in Russia. Not only in the energy sector," Titov said in an interview to Sputnik.

© Sputnik / Alexei Nikolsky
Crimean Head Guarantees Investment Security, Welcomes Chinese Investors
Turning to possible investments from China, the business rights ombudsman noted that "the Chinese are very advanced entrepreneurs. They will not invest in projects at the level of ideas. They are interested in well-designed projects."

Titov added that there was "no sense" in suggesting unprepared, draft projects to Chinese investors.

In recent months Russia has increased its economic cooperation with China. During Chinese Premier Li Keqiang’s visit to Moscow in October 2014, the two countries signed about 40 agreements on energy, banking, transport, agriculture, space technology and telecommunications.

In May 2014, during President Vladimir Putin’s visit to China, Russia and China signed their largest gas contract to date, with Russia's Gazprom agreeing to supply 38 billion cubic meters of gas to China annually for the next 30 years. The contract is worth a total of roughly $400 billion.

"Sanctions have negative consequences, they impose certain restrictions, but they encourage this kind of [business] relationship [with China]. Opportunities for cooperation have been there before, but sanctions give impetus to these relations," Titov said.

© Sputnik / Ramil Sitdikov
Lavrov: No Ties Between Anti-Russia Sanctions And De-Escalation of Ukrainian Crisis
The Russian ombudsman also added that cooperation between two countries could be "very effective." According to the ombudsman, there is a history of this form of cooperation between the two countries, and it has proven to be beneficial for both Russian and Chinese businessmen, adding that Russia is "strong in some things while China is [strong] in others."

"Technologies that exist in the world are being adapted in China. They are good in the commercialization of scientific knowledge and developments," the ombudsman said.

Over the past months, a number of Western countries have implemented sanctions against Russia over its alleged involvement in the Ukrainian crisis, particularly targeting Russia’s defense, energy and banking sectors.

Amid the situation, Russia has notably increased its partnership with China, especially in the spheres of energy and business cooperation.

Russian-Chinese Cooperation Should Be Increased in All Spheres: Rosneft CEO