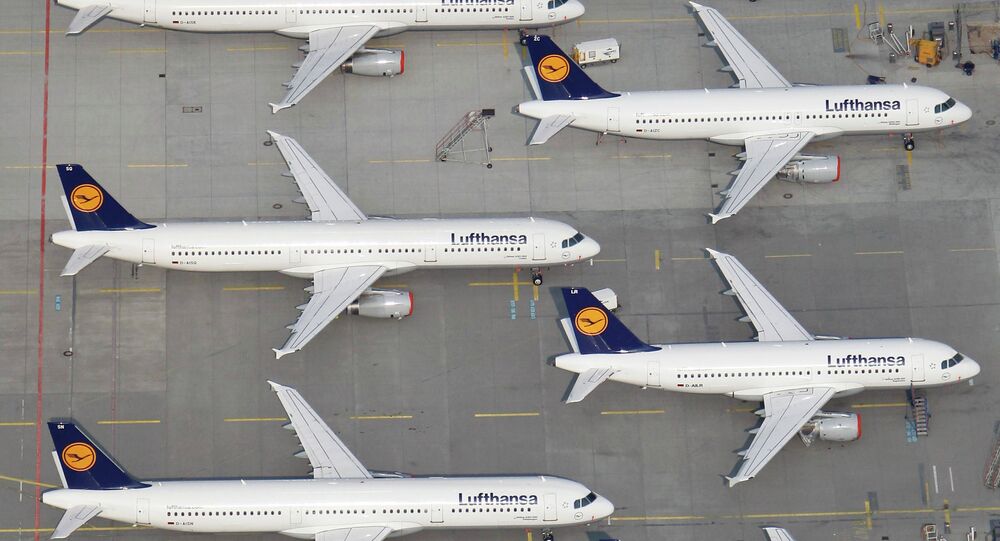 Over 1,300 Lufthansa flights have been reportedly cancelled due to strike which has been announced by pilots union.

BERLIN, December 1 (Sputnik) – Over 1,300 Lufthansa flights have been cancelled over a pilot strike, the German airline informs on its website.

According to the airline's website, "Lufthansa is currently working intensely on a special timetable for the strike period".

The German Vereinigung Cockpit pilots union announced the strike Sunday, saying on its website that it was sorry for any inconvenience caused to the passengers. The union also urged Lufthansa's management to find a solution to the dispute over retirement rules, which has led the pilots' strike, as soon as possible.

Currently, Lufthansa pilots can retire at the age of 55 and get up to 60 percent of their salary until they start receiving regular retirement payments at the age of 65. However, the company has announced that it would make changes to the retirement rules amid EU pilot-licensing revisions, allowing pilots to fly until the age of 65.

The Vereinigung Cockpit union, which wants the old retirement rules to stay in force, has been holding negotiations with Lufthansa management on the issue since the previous round of pilot strikes in October.