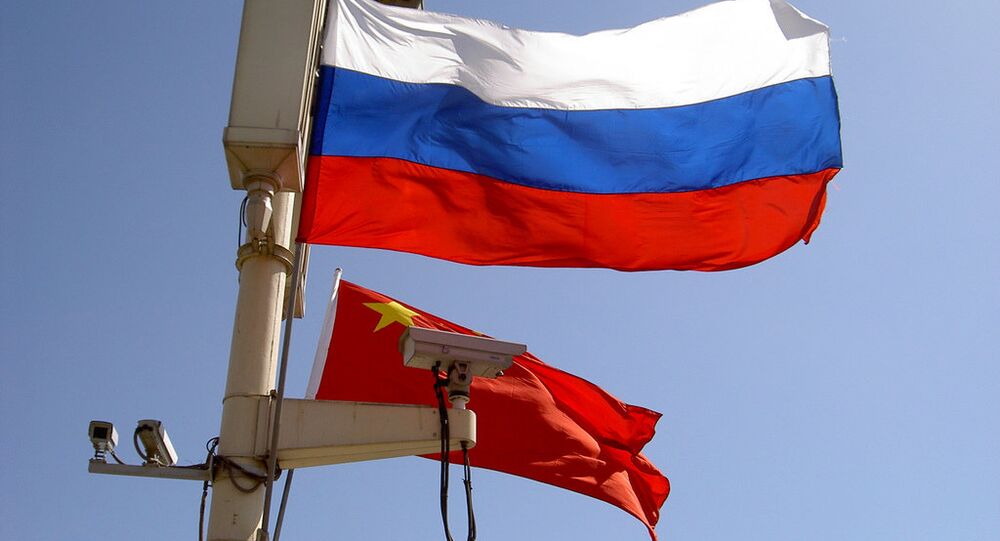 Trade between Russia and China during first ten months of 2014 grew 7-10 percent and was $78.890 billion compared to the same period last year, according to Ling Ji, a senior official in the China’s Ministry of Commerce.

BEIJING, November 21 (Sputnik) – Trade between Russia and China has increased 7-10 percent in the period January-October, Ling Ji, a senior official in the China’s Ministry of Commerce said Friday.

“According to customs statistics for [first] ten months of year 2014, trade between Russia and China grew 7-10 percent and was $78.890 billion compared to the same period last year,” Ling Ji, who is director-general of the ministry’s Department of Eurasian Affairs told Russian reporters.

“In a review of trade and investment activity, it can be confidently surmised that the objectives of raising trade between Russia and China to $100 billion by 2015 and $200 billion by 2020 can be met,” Ling Ji said.

Russia and China have been actively developing their relations amid the cooling of Russia's relations with Western countries over sanctions, imposed on Russia over its alleged involvement in the Ukrainian crisis.

Earlier in November, Russian President Vladimir Putin stated that strengthening ties with Beijing is one of Russia's main foreign policy priorities. The Russian leader added that Russia and China's relations have reached "the highest level of comprehensive equitable trust-based partnership and strategic interaction in their entire history."