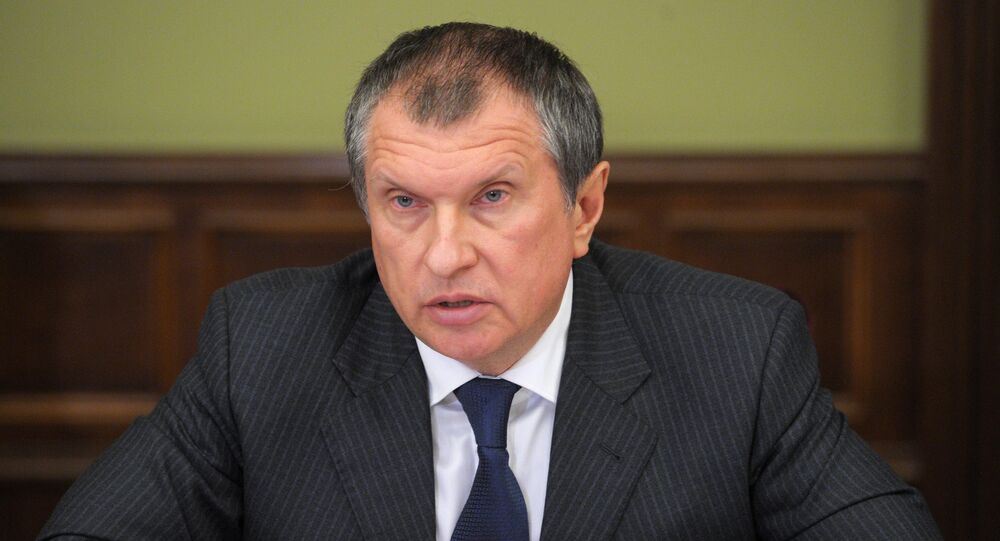 Rosneft Head Igor Sechin noted that cooperation between Russia and Venezuela is growing in the oil shepre and thanked Venezuelan Vice President and Minister of Foreign Affairs for supporting the realization of new projects.

“I would like to note the growing volume of cooperation in the oil sphere between Russia and Venezuela. Thanks to Venezuelan Vice President and Minister of Foreign Affairs Rafael Ramirez, as well as PDVSA’s new CEO Eulogio del Pino for supporting the realization of new projects,” Rosneft Head Igor Sechin said.

The term of the contract is five years. Venezuelan Foreign Minister Ramirez, who previously headed PDVSA, is currently in Moscow for talks with Russia's energy minister.

According to Rosneft, the first long-term export contract between the two oil producers was signed at the International Economic Forum in St. Petersburg in May. To date, Venezuela has supplied about 375,000 tons of oil products to the Russian oil company.

Rosneft and PDVSA have already set up five joint ventures to develop Venezuelan oil fields, which are estimated to hold more than 20.5 billion tons of crude.

Deal Between Rosneft, NADL, Seadrill to Be Delayed Till May 2015