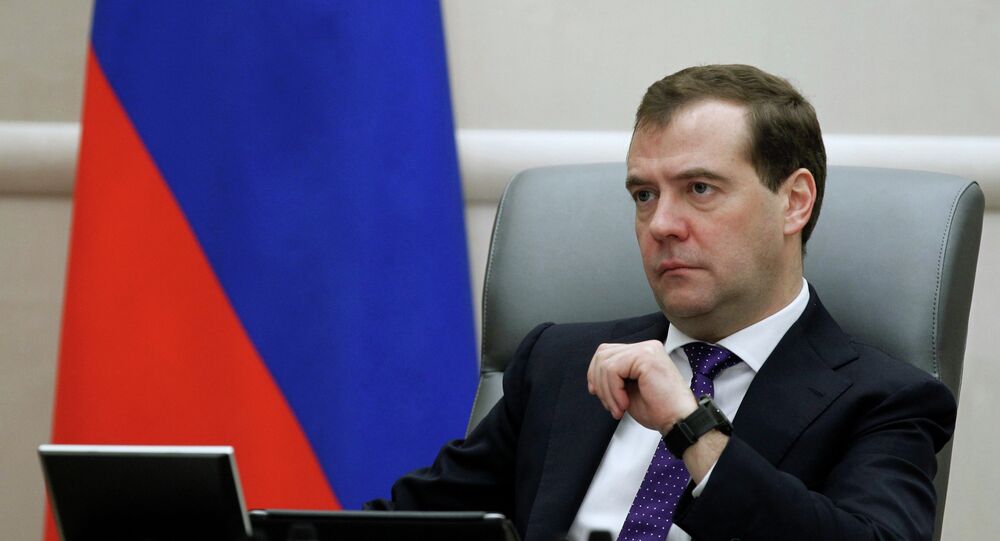 Medvedev: No Limits on the Sale of Foreign Currency

Prime Minister Dmitri Medvedev said Tuesday that Russia's government and Central Bank are not planning on introducing any limits on the sale of foreign currency.

MOSCOW, November 11 (RIA Novosti) — The Russian government and Central Bank will not introduce any limits on the sale of foreign currency, Prime Minister Dmitri Medvedev said.

“The positions of the Russian government and the Central Bank are absolutely united on this issue: restrictions will not be placed on the sale of currency. Such a situation is secured by our gold reserves, which are considerable, and by the overall macroeconomic situation,” Medvedev said on Tuesday at a regular meeting of the Cabinet of Ministers.

On November 10 the Russian Central Bank completed its transition to a free floating exchange rate for the ruble, deciding to reject the practice of regular systemic interventions aimed at limiting daily fluctuations. With this in mind, the Central Bank reserves its right to intervene in the country’s foreign exchange market in order to defend against speculation. Central Bank head Elvira Nabiullina said Monday that the Bank can intervene in currency markets “at any moment and in volumes necessary to fend off the feverish speculative demand.”

The transition comes earlier than planned, with President Putin stating only last month that it would happen in 2015. The Central Bank said that the switch to market-determined exchange rates will contribute to price stability, and help adapt the country to changing external economic conditions while improving its sustainability against negative shocks.

“Recently sharp fluctuations of the ruble have been observed. Analysts now recognize that the ruble is heavily undervalued. This was facilitated in part by unscrupulous financial players. The result has been that people who don’t [normally] follow exchange rates…have gone to the exchangers,” Medvedev said. The Prime Minister added that “of course, their desire to insure their savings is understandable, especially considering all kinds of rumors about the introduction of additional measures of currency control or limits to the movement of capital, for which there are absolutely no grounds.”