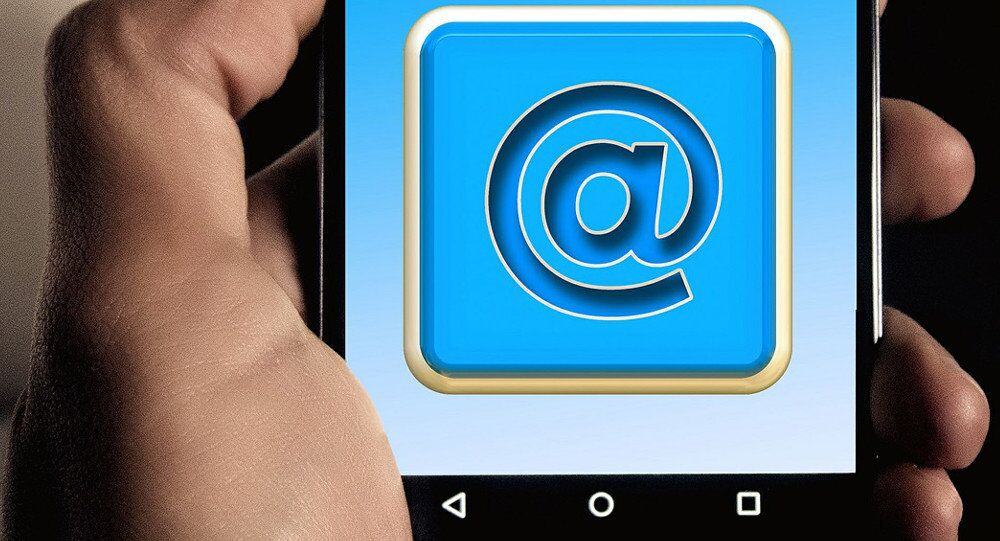 America knows the leverage corporations have on Washington, but the latest WikiLeaks files on Podesta show how big the influence truly is.

By now all the world knows about Obama administration’s funding and arming of so-called “moderates” inside Syria. It’s also widely accepted Saudi Arabia, Qatar, Jordan, and Turkey have ended up assisting terrorists. What few people understand, however, is exactly how America’s foreign policy on Syria was and is formulated.

Most people assume Barack Obama and his cabinet hashed out the now failed scheme to overthrow Assad and to install “somebody” or “something” in his place. The “somebody” is still ambiguous if anyone ever had a plan for after Assad.

The email entitled; “Re: Here's where we are coming down on recommendations,” from August of 2014 to Vikram Singh, who’s Vice President for National Security and International Policy at American Progress (CAP), may finally tell us who runs American policy.

“Nearly all men can stand adversity, but if you want to test a man's character, give him power.” – Abraham Lincoln

© AFP 2020 / JIM BOURG / POOL
Hillary Clinton's Leaked Emails Show US Aware of Qatar, Saudi Arabia Supporting Daesh
Simplification has never been my journalistic strong-suit, but characterizing the disease Washington politics has become easier than I ever imagined. Giving people like John Podesta too much power is a time proven method for screwing up. Ask anyone who ever knew disgraced President Richard Nixon.

This new batch WikiLeaks cable pulls the curtain back on a land of political “Wizards of Oz” in America’s capital.

When Podesta was characterized as a kind of “savior” for the Obama White House by Politico back in early 2014, somebody should have been watchful of the trouble to come. The magazine offered this about his “unofficial” position with Obama:

“…his (Podesta’s) impact is being felt throughout the West Wing, where he’s helping the Obama White House, five years in, grow up.”

Now we begin to see why hackers picked on John Podesta, if the gravity of his role spirals any further downward, he’ll be on the same book circuit as H. R. Haldeman. It is my believe Assange has found the “go between” in the middle of a controlled White House, a government Trump and others say is a sellout. Keep mental track of Podesta’s email recipient at the Center for American Progress, Vikram Singh, while I frame this a bit better.

Some months before Politico framed Podesta as a “second coming” of a political advising god, The Nation ran a story about the secret donors behind CAP. Ken Silverstein, the author of the piece, received a lot of flack from CAP’s chief mouthpiece, Andrea Purse.

© AP Photo / Manu Brabo, File
WikiLeaks Podesta Files: Hillary’s No-Fly Zone Means ‘Killing a Lot of Syrians’
The article focuses on the unusual activities surrounding CAP’s donors/sponsors and foreign policy toward Turkey, for instance. Not many people realize it was John Podesta who founded the Center for American Progress, but the fact The Nation reportage implicated CAP for being a corporate control mechanism back in 2013 is a bombshell all its own.

The Podesta efforts toward the Turkey-America business end of things now looms large. Silberstein pretty much had the goods on Podesta and the bigger corporate levers in Washington, but few noticed. No wonder Podesta is now taking pot shots at Julian Assange, he’s all done in Washington if worse comes to worse. Here’s another revelation from Silverstein:

“A confidential CAP donor pitch I obtained describes the Business Alliance as “a channel for engagement with the corporate community” that provides “the opportunity to…collaborate on common interests. It offers three membership levels, with the perks to top donors ($100,000 and up) including private meetings with CAP experts and executives, round-table discussions with Hill and national leaders, and briefings on CAP reports relevant to your unique interests.”

The Nation unknowingly discovered a way for Donald Trump to fend off allegations he and Russia’s Vladimir Putin are in cahoots, for Silverstein uncovered the fact sister think tanks The Atlantic Council took donations from Kazakhstan and Nursultan Nazarbayev! I doubt you find that tidbit in the New York Times tomorrow, though.

© AFP 2020 / Jim Watson
Obama’s Legacy: US Strategy of Chaos Got Out of Control
According to Silverstein’s investigations, the CAP is propped up by donations from the likes of Comcast, Walmart, General Motors, Pacific Gas and Electric, General Electric, Boeing, and Lockheed. As a potent note here, it’s probably no coincidence Zack’s just announced in June a Lockheed helicopter deal for $3.5 billion for the TUHP-Turkish Utility Helicopter Program, or that Boeing and Turkish Airlines just inked a new deal. If my suspicions are right, lots of deals will be finalized before Obama leaves office.

What about the Syria-Podesta-CAP-Obama connection, you ask? Well, besides the fact the chief Obama think tank man is sending Singh at CAP containing vital intel foreign nationals may be interested in, via gmail  (Ouch!), this is about Barack Obama forging policies for America almost perfectly aligned with an NGO’s recommendations. The Podesta-Singh mail exchange seems to be a draft copy of Syria/ISIL policy Obama ended up using.

CAP recommended five steps to advance the objectives of the United States. The steps were fairly detailed but mirror US actions after the date of the email. After that, the communiqué also reveals the level of failure in these CAP recommendations, as well as Obama, Podesta, and Hillary Clinton foreknowledge they knew about Saudi Arabia and other Gulf entities:

As we can see now, no valid effort was made to curtail the monies and arms flowing to Daesh (also known as ISIS/ISIL/IS/ Islamic State). Secondly, no sustained or real effort was ever made by CENTCOM to destroy Daesh oil revenues; it was Russia’s Ministry of Defense that first blasted terrorist black market oil tankers on YouTube.

© REUTERS / Leonhard Foeger
Oil, Power and Daesh: World Leaders to Talk Libya Amid Security Concerns
The cable in question also damns CAP for being the first to suggest to the US president the need to arm Assad’s opposition. Furthermore, it reveals the “think tank’s” erroneous strategic pondering by creating an armed force pinched in between two powerful combatants, the Syrian Army on one front, and Daesh on the other. This strategy alludes to military morons at CAP, and I am sure the “moderates” really appreciate being put in that cauldron today. Further “advisement” by CAP shows my point AND the reason Daesh still exists:

“In the event that ISIS comes to pose a credible and direct threat to the United States, we should be prepared to undertake limited air strikes against ISIS targets inside Syria.”

Clearly, these “geniuses” never played military strategy board games as kids, but the larger indications are far more damning. They speak of the refugees, the war, and these plans as if it is a game. As a writer, reading these calculating assessments reveals a disturbing fact about our leadership – their utter detachment from any conscience or accountability. Podesta, the CAP people, and ultimately Obama himself come off like bean-counters at a big bank, callous as hell over the human loss or misery. They even discuss altering Americas laws to suit their agenda:

“While the threat to the United States does not yet appear to be imminent, the evolution of ISIS in Iraq and Syria may well require the United States to update the legal framework developed after the September 11th attacks to ensure any president has the authority to combat terrorist groups that threaten America with proper oversight from Congress and accountability to the American public.”

© AFP 2020 / DON EMMERT
New WikiLeaks Dump Reveals 1000s of Emails from Clinton Campaign Chair Podesta
So here is where we are, the American people have been asleep at the controls of a runaway policy train. The people behind the liberals in America (the Boeings let’s say) have begun steering the engine of America off the tracks.

Podesta and his cohorts, whoever they are, have been given far too much power, and far too much leeway. Amazingly, and with the utmost irony, if it were not for Julian Assange and the people of WikiLeaks, we would know nothing of this catastrophic situation. And if Podesta could decide, America and the world would never have known. Think about this for a moment.

Obama and other presidents are clearly not running our country; the money interests seem absolutely in control. This explains entirely the steamrolling money machine bent on Hillary for president. As demoralizing and horrid as this is, though, the situation is made worse by the fact we are almost at war with Russia, China, and the “East.”

© REUTERS / Mike Segar
Trump Can Still Win US Presidential Election Amid WikiLeaks’ Clinton Revelations
Finally, in all the Podesta and Clinton emails, I have read there are plenty of references to the negative about opponents, Trump especially. One I found made light of how the Republicans put politics above even patriotism, but here’s the thing.

I have yet to find one instance of humanity or patriotism in these people’s rhetoric or tone. Not one. There’s speak on “patriotism” in Palestine and elsewhere, but never in America.

What I do consistently find is the proof individuals outside the White House running things, and I don’t find the people anywhere in the equation.