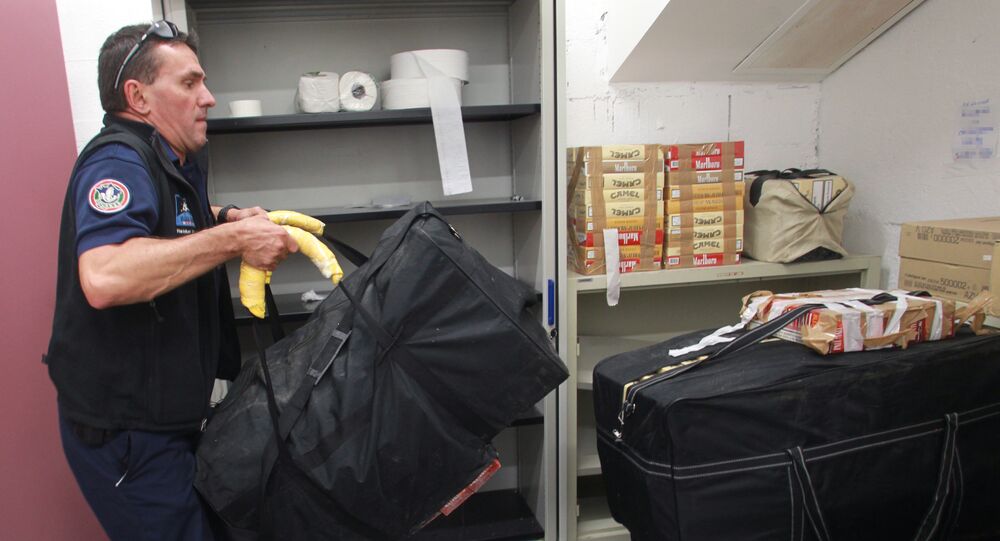 While Daesh is making less money from oil, the terrorist group has still been able to profit by smuggling other contraband goods from Iraq and Syria to France, Frederic Encel, Professor of International Relations at the Paris School of Business, told the French newspaper Atlantico on Wednesday.

The resulting decrease in oil revenue has led Daesh to trade in other kinds of contraband, which has even made its way to France, Frederic Encel, Professor of International Relations at the Paris School of Business, told the French newspaper Atlantico on Wednesday.

"Under French pressure after the Paris terror attacks in November last year, the Americans and Russians increased their airstrikes on the 'nerve centers' of the Islamic State (Daesh), that is, the transport routes which take oil to Turkey," Encel declared.

"As a result, Daesh barbarians, like other criminal regimes, have increased other forms of trafficking. This includes facilitating the local production of goods: cigarettes, food, cotton, and of course weapons and drugs."

Encel said that Daesh terrorists have earned millions of dollars from contraband, some of which has ended up on the French market.

"The authorities need to redouble their vigilance on our territory. This contraband from the Middle East and Libya is not only expensive for our economy, but also directly threatens the life of French people."

"After all, in one region of Seine-Saint-Denis revenues from smuggling (particularly of cigarettes) were 350 million euros. This is a great amount of lost profit for our companies."

"When I am talking about threats to the lives of French people, I mean the weakening of security with regard to 'small-time' contraband and trafficking in city streets. In the worst cases, these earnings on the black market are used to finance terrorists," Encel said.

Earlier this year it was reported that a series of airstrikes on oilfields controlled by Daesh had resulted in the terror group being forced to cut the salaries of fighters by half, leading to desertions.

"Unlike al-Qaeda, which relied on outside donors for revenue, the Islamic State (Daesh) has traditionally generated much of its income locally, through extortion and other criminal enterprises as well as through taxes and fees imposed on businesses and civilians," they told the newspaper.

On Friday RIA Novosti reported that the Russian Aerospace Forces have inflicted considerable damage on Daesh since launching their aerial anti-terror operation a year ago, at the invitation of the Syrian government.

Russian aircraft have carried out more than 15,000 sorties, and their airstrikes have killed 28,000 Islamist terrorists belonging to Daesh and the al-Nusra Front, 2,000 of whom came from Russia.

They also destroyed more than 200 oil processing facilities under the control of Islamist militants, as well as more than 2,000 delivery vehicles used to illegally smuggle oil across the border to Turkey.