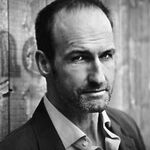 John Wight is a writer and political commentator whose articles have appeared in a variety of publications, including the Guardian, the Independent, Counterpunch, American Herald Tribune, the Huffington Post, and RT.

He is also a broadcaster whose interviews and analysis can be viewed and listened to on RT, TRT World, the BBC, and Press TV.