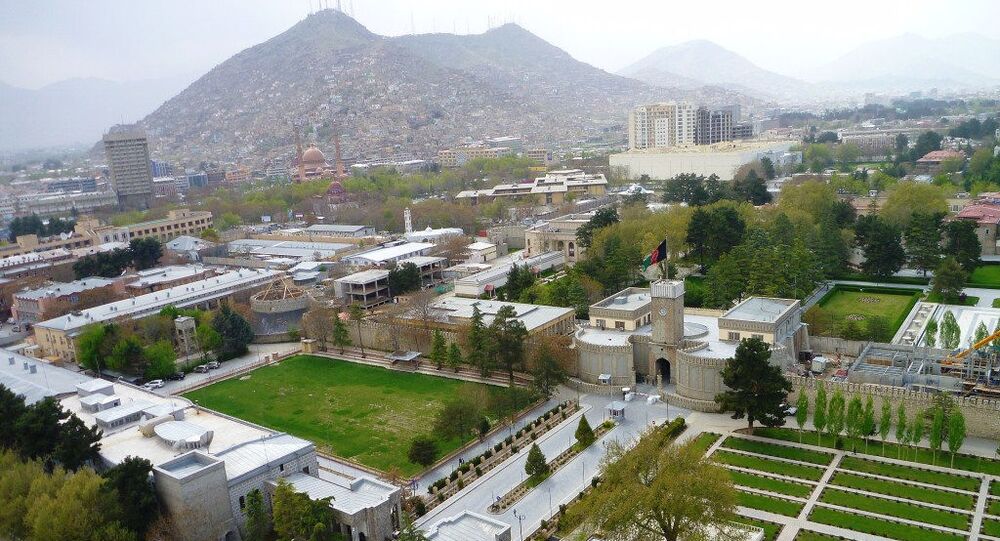 The news of the rocket attack comes amid the forthcoming completion of the US withdrawal from the country and the growing influence of the Taliban, which is leading an offensive against government forces across the country.

Several rockets fell near the presidential palace in central Kabul during the Eid al-Adha prayer on Tuesday.

Interior Ministry Spokesman Mirwais Stanikzai stated that there were no injuries and the rockets landed outside the heavily fortified palace grounds.

According to local media, at least three explosions were heard near the palace.

The moment the rockets landed near the palace has been caught on live TV. The country's president, Ashraf Ghani, continued with the prayers despite multiple loud explosions, the footage showed.

The rockets were reportedly fired at around 03:30 GMT and were heard across the heavily fortified Green Zone - the area which houses the palace and several embassies, including the US mission.

The delegations of the Afghan government and the Taliban* earlier issued a joint statement saying that they will continue high-level negotiations to reach an agreement.

In recent months, the Taliban have stepped up their onslaught as the withdrawal of foreign soldiers from Afghanistan draws to a close following the US decision to fully withdraw its forces from the war-torn country by the 20th anniversary of the September 11, 2001 terror attacks.