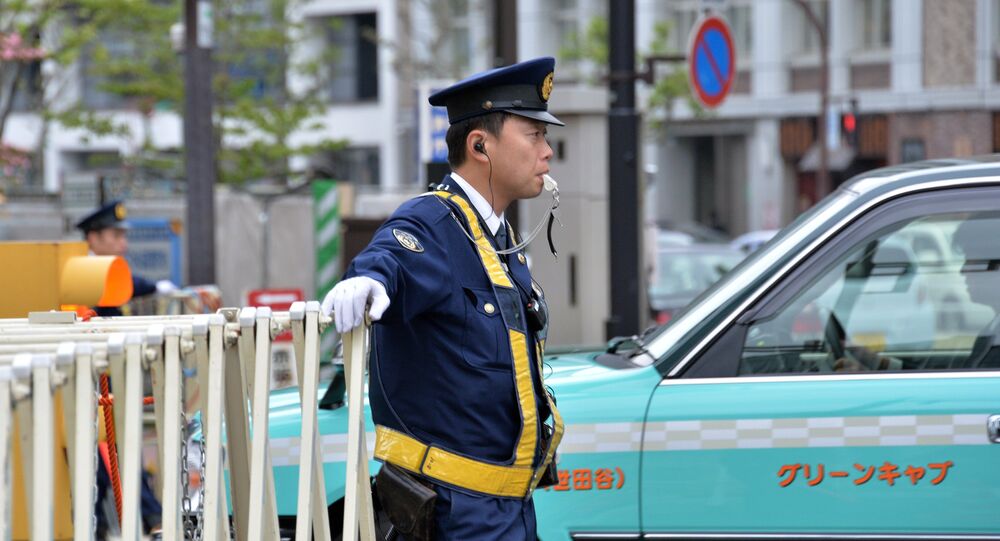 TOKYO (Sputnik) - A record number of 60,000 police officers including special forces will be deployed to guard the venue, athletes and delegations of the Tokyo Olympic Games, the Japanese TV station NHK reported.

A special unit of anti-terrorist forces will be deployed to Olympic facilities in order to prevent terrorist attacks near stadiums and a special rapid response unit will be in charge of protecting facilities, athletes and delegations. In addition, special weapons that disable drones by jamming theirs signals will be used.

Measures are also taken to prevent cyberattacks on transport, infrastructure, and organisations linked to the Games.

© AFP 2021 / PHILIP FONG
First Case of COVID-19 Reportedly Detected in Olympic Village in Tokyo
Despite the fact that 96% of the competitions will be held with no spectators, the number of police officers will not be reduced, the TV channel mentioned.

The Tokyo Olympic Games, scheduled to run from July 23 to August 8, will gather about 19,000 athletes and 41,000 accompanying persons. Only in the prefectures of Fukushima, Ibaraki, Miyagi, and Shizuoka, Olympic spectators will be let in, but not to exceed 50% of available seats and 10,000 people per stadium.

The Paralympic Games are scheduled to start on August 24 and will end on September 5.