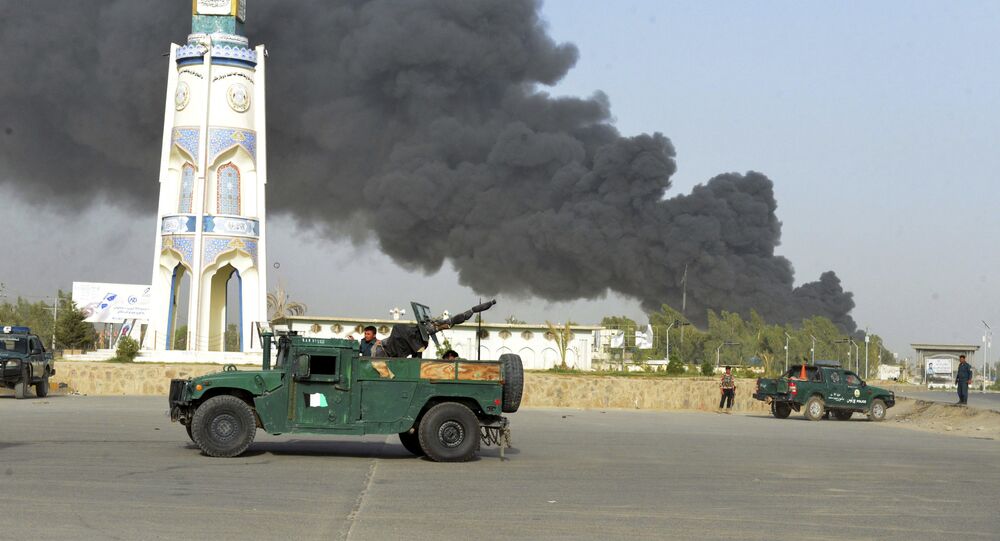 US President Joe Biden earlier stated that it is not inevitable that the Taliban (banned in Russia) will take over Afghanistan following the US withdrawal from the country.

According to the latest reports, the Taliban forces entered the Afghan city of Kandahar and fought defending troops in one of the city's districts.

For now, the situation in the city is under control as the Taliban have retreated, according to Kandahar's governor.

According to the anonymous source, several civilians suffered injuries during the fight. The standoff reportedly took place near the central prison, and continued in the vicinity of the city's market. Meanwhile, the National Directorate of Security said a special unit of the government army carried out an operation against the Taliban in several parts of the city at night. As a result, nine militants were killed and two more were wounded.

The Taliban recently claimed that they've managed to seize 174 Afghan districts out of nearly 400 amid the withdrawal of US troops from the country. At the same time, the Afghan military has denied these claims, saying that the government had recaptured 14 settlements.