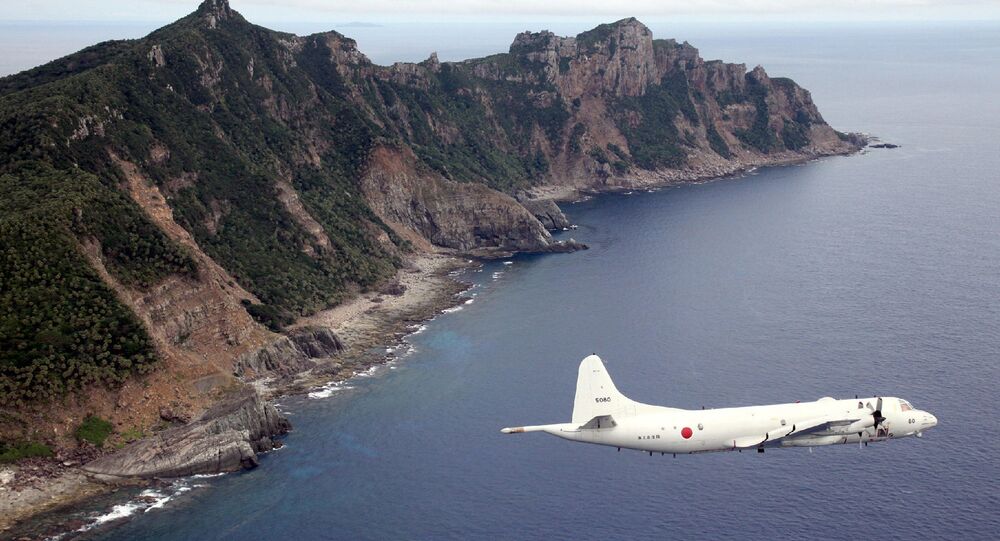 Four China Coast Guard vessels sailed into Japanese-controlled waters around the Senkaku Islands in the East China Sea on Saturday morning and stayed there for several hours, the Japan Coast Guard announced.

The service indicated that it warned the Chinese ships to leave the area after they approached four Japanese fishing boats in waters south of Uotsurijima – one of the Senkakus. The incident reportedly began in the early morning hours, with Chinese ships said to have left the area at 11:40 am local time.

China has not commented on the incident.

The People’s Republic does not recognise Japan’s sovereignty over the rock formations, and refers to them as the Diaoyu Islands.

© AFP 2021 / WANG ZHAO
China Accuses US, Japan of 'Ganging Up' Against Beijing
The dispute between the two countries over the Senkakus/Diaoyu has its origins in the late 19th century, with Tokyo occupying them in 1895, but Beijing saying that the islands were designated as Chinese territory in Japanese maps printed in 1783 and 1785. The islands are situated some 350 km from the Chinese mainland, about 170 km from the Taiwan coast, and about 915 km from the Japanese mainland island of Kyushu.

After the Second World War, the islands were occupied by the United States before being ceded back to Japan in 1972. Authorities in China and the island of Taiwan (which China considers part of its territory) protested this decision. Tokyo nationalised the islands from a private investor in 2012, prompting Beijing to warn that it would not “sit back and watch its territorial sovereignty violated” while Chinese protesters held a month-long days-of-rage protest involving the burning of flags and the destruction of Japanese-made goods.

The Biden administration has pledged to support Japan’s claims to the Senkakus as part of a broader bid to include Japan and other Asia-Pacific nation in an anti-China coalition known as the Quad.

Along with the China-Japan dispute, the US has also gotten itself involved in the spat between China and several Southeast Asian nations over control of the South China Sea, and has been sailing "freedom of navigation" military patrols through the body of water ever since Obama-era secretary of state Hillary Clinton called the issue “a matter of US national interest.”

China Accuses US, Japan of 'Ganging Up' Against Beijing