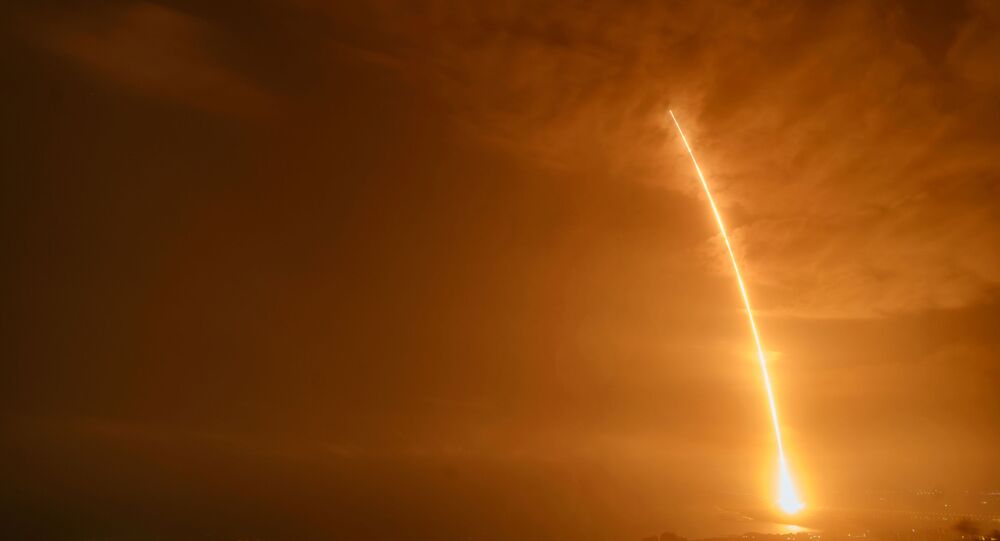 This is not the first time the weird phenomenon has been seen in Chinese skies, but scientists have already managed to give it a simple and rather mundane explanation.

The residents of northeastern China were recently left puzzled by an odd aerial phenomenon – a white spiral, which some people compared to the magic portals opened by Marvel comics superhero Dr. Strange.

Despite apparent similarities between the sighting and the Marvel blockbuster's special effects, the nature of the phenomenon was apparently more mundane than observers might have hoped. US astronomer Jonathan McDowell suggested in a comment for the Daily Mail that the spiral is simply a trace left by a Chinese rocket. Specifically, the Long March 2C, which was launched on the same day that the spiral was seen in the sky.

"The spiral happens when the rocket is tumbling end over end while venting its fuel - it's then exactly like a garden sprinkler", he said.

McDowell explained that in the upper layers of the atmosphere there is no air to distort the rocket's exhaust's trail. It thus was able to stay intact, repeating the track that the rocket had traveled without being distorted by an occasional wind, as would have happened in the lower layers of the planet's atmosphere.

"We're not used to seeing such perfect geometries because on Earth there's always wind or friction to distort things", McDowell added.

Such a sighting is not the first one observed by the Chinese. A similar phenomenon was witnessed on 7 May, when another Chinese Long March 2C rocket was delivering new Yaogan-30 satellites into orbit, making McDowell's theory all the more plausible.