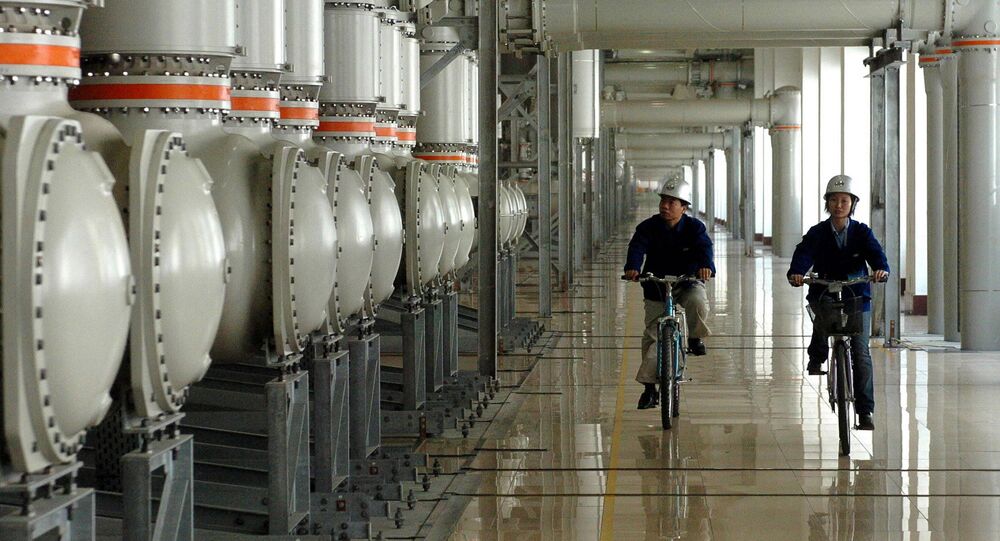 MOSCOW (Sputnik) - China has completed the construction of the world's second biggest hydropower station, Baihetan, located on the Jinsha river, a tributary of the Yangtze river in the country's south-west.

The main structures have been erected, and the first generator is scheduled to be launched on July 1, the project's operators said. The hydropower station is expected to be fully commissioned by the end of 2022.

Baihetan is a 16GW hydroelectric facility, which will be able to annually generate up to 62 billion kWh of electricity. The new facility will be second only to the 22.5GW Three Gorges Dam, the world's biggest hydropower plant, located on the Yangtze river. In 2020, the Three Gorges Dam generated 103.1 billion kWh of electricity, setting the world record for energy generation at a single hydroelectric power facility.

When fully commissioned, Baihetan HPP will help to reduce the annual emissions of carbon dioxide in China by 51.6 million tonnes.